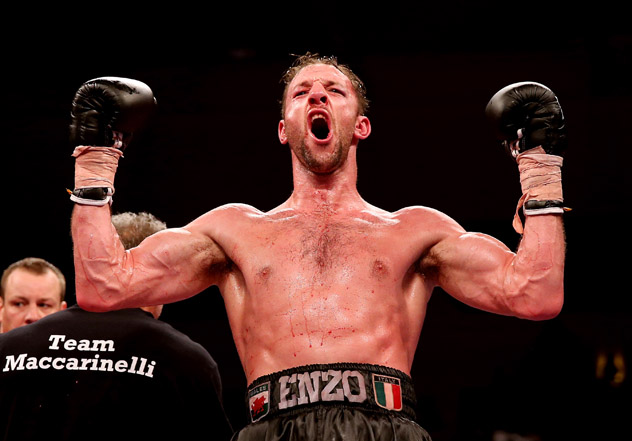 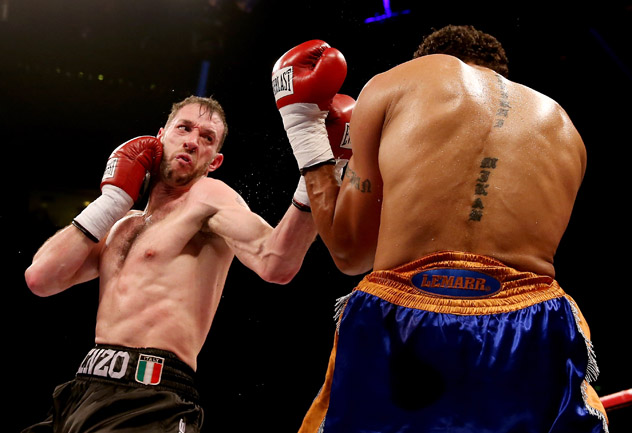 One would struggle to find someone more pleasant than former WBO cruiserweight titleholder Enzo Maccarinelli. The 6 feet 4 inch boxer-puncher from Wales is one of the most well-liked men in British boxing and, if the last few years are anything to go by, he is as determined as any fighter in the world.

Now campaigning at light heavyweight, the Welshman meets “regular” WBA titleholder Juergen Braehmer in Germany this Saturday (Note: THE RING recognizes Beibut Shumenov as the WBA champion at 175 pounds) but Maccarinelli’s road to securing this particular contest has been beyond arduous.

“It’s been a rollercoaster of emotion,” said the 33-year-old. “After I lost to David Haye [in 2008] there was a period of time where I was trying to find myself and I developed a different style in the ring. I was listening to other people and forgot about what made me successful.

“I moved down to 175 pounds, because I’ve always been a small cruiserweight, and just when things were starting to go my way I lost my Dad, who I was very close to, and my son was diagnosed with autism. Being honest, for the best part of two years, my head was up my ass.”

Following the second-round defeat to Haye, the Welshman was stopped three more times – by Ola Afolabli, Denis Lebedev and Alexander Frenkel. The opponents were far from pushovers but Maccarinelli was being badly hurt, and the British boxing fraternity called unanimously for his retirement. And, following a unanimous-decision win over Shane McPhilbin in 2012, he was banned for 6 months after testing positive for Methylhexaneamine, which he attributed to what he believed was a clean dietary supplement.

Determined to leave the sport on his terms, “Macca” embarked on an unlikely comeback and succeeded in silencing scores of critics. Remarkably, given the circumstances, he has annexed British and Commonwealth crowns at cruiserweight and light heavyweight, respectively, and now claims to be ready for Braehmer, who is 42-2 (31 knockouts). 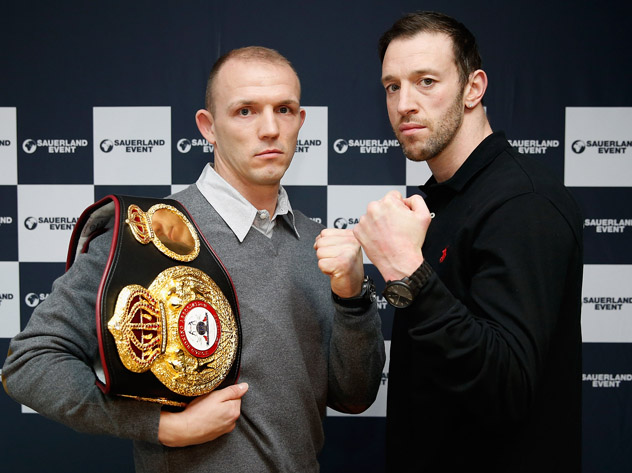 Maccarinelli said, “Training for this fight has been great, and although there have been some niggles here and there, that’s just boxing. Could camp have been better? Yes. Could it have been worse? It could have been a lot worse – I’m fit, strong and ready to go.

“We did a circuit on the heavy bag today and I averaged between 120 and 150 power punches per round for 15 rounds. My fitness levels are beyond reproach, it’s just that I didn’t manage to get in all the sparring I would have liked.”

Braehmer, rated No. 5 at light heavyweight by THE RING, is the first southpaw that Maccarinelli will have faced for 5 years, but the Welshman dismissed the lefty labyrinth and refuses to be intimidated by the task which lies ahead.

“Braehmer is very loose and he’s a good boxer,” said Maccarinelli. “He’s got a kind of amateur style and if you look at his early pro fights you’ll see that he hasn’t really changed over the years. He’s up on his toes, bouncing, and he likes to dictate everything behind that long right jab.

“I’ve learned during my career that if I overanalyze a fight then things go wrong. I’ve watched opponents on DVD for hours, studied their style, only to have them do something completely different on fight night. I’m not worried about what Braehmer has planned. I’m focused on what I need to do.”

Both men can crack, but Braehmer has never been stopped in a 15-year professional career and Maccarinelli, as the visiting fighter, will be hoping to end that streak with the speed of an executioner’s guillotine.

“We’ll see what happens but I’m capable of ending a fight at any time,” said Maccarinelli (38-6, 30 KOs). “People are saying that Braehmer has never been stopped but if you look at his record there’s nobody on it who can do what I can do.

“There’s no pressure on me fighting over there and when the bell rings, Braehmer’s fans, friends, family and compatriots can’t fight for him. As I said, I lost my Dad a couple of years ago and I’ve got a funny feeling that he’ll be watching me on fight night.

“I’m going to win, whether it’s on points or by knockout – I will win. I’ll show Braehmer things that he’s never seen before.”

British fight fans can see Braehmer vs. Maccarinelli LIVE on Saturday 5th April on BoxNation via Sky Channel 437 or Virgin Channel 546. The channel is also available in HD (Sky only) on Channel 490. Coverage begins at 7.00pm. Visit www.boxnation.com to subscribe.