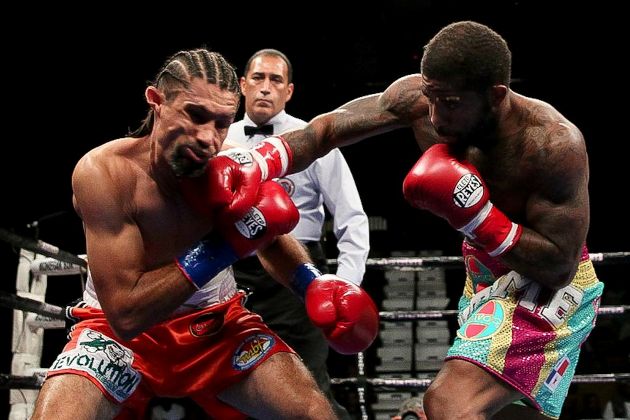 Brooklyn middleweight Curtis Stevens vacationed for two weeks in Mexico and Jamaica after January's 46-second stoppage of Patrick Majewski, and has declared himself rested and ready for Friday night's clash with unbeaten Tureano Johnson in Philadelphia.

"While I was away, [Main Events matchmaker] Jolene [Mizzone] kept in contact with me," said Stevens, 29, who will face Johnson on the undercard of the Steve Cunningham-Amir Mansour heavyweight fight on NBC Sports Network’s Fight Night series. "She asked me if I wanted to fight and I told her I was off for two years so now I want to get right back into it. I wasn't playing around."

Prior to facing Golovkin, Stevens, who is promoted by Main Events, had been on a run of four wins that included three first-round knockouts.

"I love Curtis' attitude," said Kathy Duva, CEO of Main Events, in a prepared statement. "There are few things better for a promoter than a fighter who will fight anyone, anywhere, anytime. Curtis has the heart of a champion, even if he doesn't have that belt just yet."

Having just moved to a new place on the water in Queens, N.Y., Stevens has been running stairs and on the beach as part of his new conditioning routine.

"I feel good," said Stevens. "I have been training very hard."

"We wanted to make my legs stronger so I can get lower and weave his shots. This guy likes to fight. He slaps a lot. He's got looping shots," said Stevens.

"But don't leave your seat when the TV lights come on because you might miss it. Don't blink. Have your popcorn and your soda ready beforehand because I am about to put on a spectacular showcase come April 4."