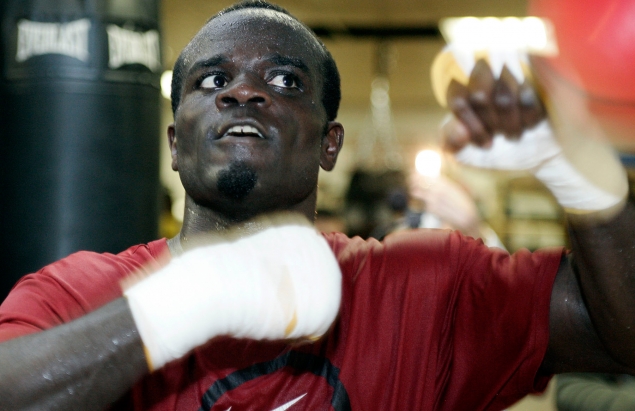 Anthony Mundine has high hopes of being involved in megabouts against the likes of Miguel Cotto, Canelo Alvarez and even Floyd Mayweather Jr.

But the former super middleweight beltholder must first get beyond next month's junior middleweight clash with Joshua Clottey, a 36-year-old former welterwieght titleholder who has declared that Mundine "is in for a rude shock" when they meet on April 9 at the Entertainment Centre in New South Wales, Australia.

"He has no idea who he's fighting," said Clottey (37-4, 22 knockouts), of Bronx, N.Y., who has fought just twice since losing to Manny Pacquiao in March 2010. "Mundine is in for a rude shock when I retire him April 9 in Australia."

Coming off a stoppage victory over "Sugar" Shane Mosley in November as well as a unanimous decision over Gunnar Jackson in January, Mundine (46-5, 27 KOs) is looking to win for the third straight time against Clottey.

"I want Cotto, Alvarez then Mayweather," said Mundine, 38. "Joshua is a good fighter, but he's not on my level. I can't lose."

"It looks like Mundine and BOXA Promotions are looking past Joshua onto bigger things," said Joe DeGuardia, Clottey's promoter. "But I can tell everybody here. Joshua has not stopped training for six months since this fight was first mentioned and is very confident of victory."

"We never overlook any opponent," said Bourke. "But it's true, we think Anthony is on another level."