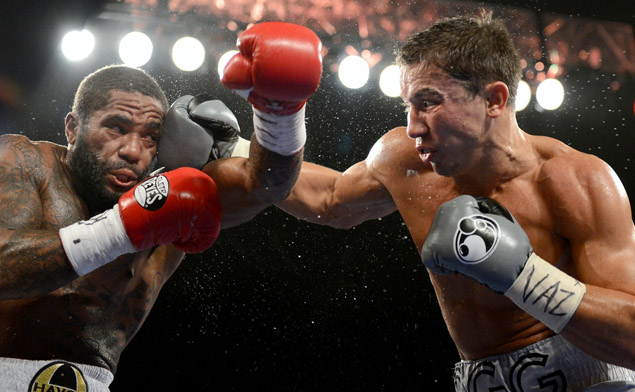 Although negotiations are ongoing for a 168-pound bout between Julio Cesar Chavez Jr. and WBA middleweight titleholder Gennady Golovkin, the planned date of the fight has been shifted from July 12 to July 19 to avoid conflict with the June 12-July 13 FIFA World Cup of Soccer, Top Rank Promotions CEO Bob Arum informed RingTV.com on Thursday.

The bout still is scheduled to take place at the Forum in Inglewood, Calif., according to Arum and Tom Loeffler of K2 Promotions, which handles Golovkin.

"With Chavez, we've been in contact with Top Rank and that's a fight that Gennady has always been interested in and from what Top Rank says, it's one that Chavez is interested in," said Loeffler during an interview with RingTV.com.

"So when you have two fighters wanting to fight each other, usually, all of the details can be worked out. So that's the process we're involved in right now. It's just about working out the details to see if we can make the fight happen."

"One thing that we want to stress is that we've agreed to the 168-pound fight for Chavez," said Loeffler. "But Gennady is a small middleweight and after this fight, he plans to go back down to 160 to prove that he's the best middleweight. But one of the stipulations for this fight with Chavez was to fight at 168."

"The 40-day mourning period will be over on Saturday and then he's planning on going back to Germany to be with his wife and son on Monday," said Loeffler. "If everything works out with the Chavez fight, then we're planning on bringing him to the Pacquiao-Bradley fight on April 12."