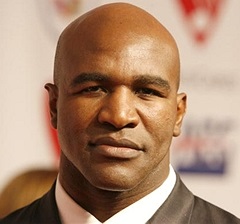 Four-time heavyweight champion Evander Holyfield has denied various reports of a summer comeback fight with unbeaten Gary Cornish, the earliest of which were in The Scotsman and sourced British promoter Frank Warren as well as Cornish's manager, Tommy Gilmour.

The 26-year-old Cornish (17-0, 9 KOs), of Scotland, has scored six stoppages in his past seven fights, the last five straight ending within the distance.

"Someone showed me that yesterday, asking me if I was fighting this person. But I don't know the guy. It's not true to my knowledge. Nobody told me about it," said Holyfield.