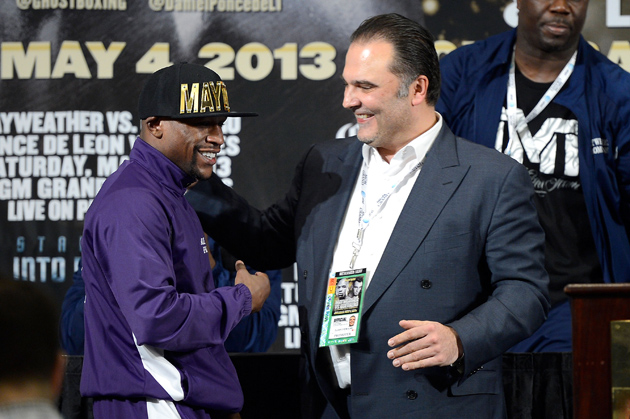 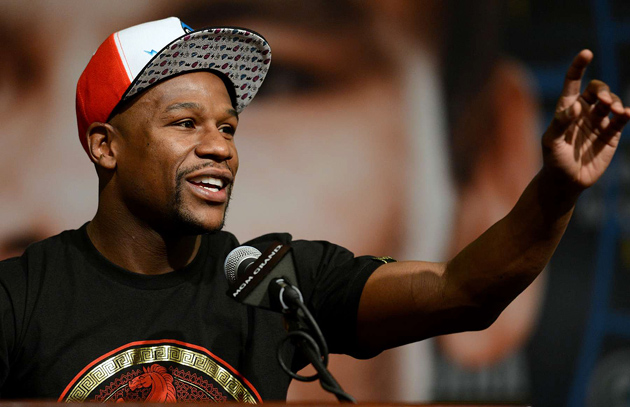 Floyd Mayweather Jr. hinted earlier this month that he would like to have Amir Khan and Adrien Broner appear in separate bouts on the undercard of his May 3 defense against Marcos Maidana on Showtime Pay Per View.

"Amir Khan and Adrien Broner are two of the biggest names in the sport, and if I would succeed in getting them on the same card, it would be with THE biggest name, Floyd Mayweather."

Mayweather broached the subject most recently in a March 8 interview with Showtime's Brian Kenny during the telecast of Canelo Alvarez's 10th-round stopapge of 154-pound rival Alfredo Angulo.

"Hopefully, May 3," said Mayweather, "Amir Khan and Adrien Broner both can be on the undercard to make the card that much more explosive."

Mayweather (45-0, 26 knockouts) will be defending his RING and WBC 147-pound championships against Maidana (35-3, 31 KOs), who took the WBA welterweight title with a unanimous decision over Broner in December.

"If I could get Adrien Broner against somebody, and Amir Khan against somebody, I think that it would be, without any question, the biggest pay-per-view card that we have seen in recent history, and, certainly the biggest that I have been involved in, and I've been in the sport for years now," said Schaefer.

"Floyd takes the responsibility of being the face of boxing very seriously, and he wants to put together, top to bottom, the best card. If we can succeed in putting these guys on the same card, it is must-see TV, and that's what I would like to do."