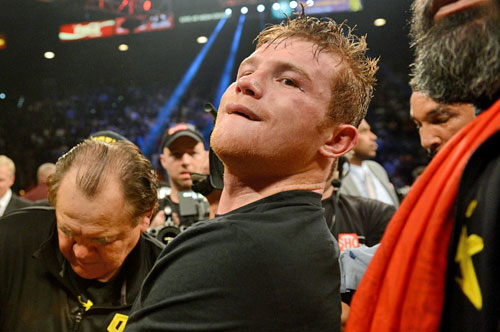 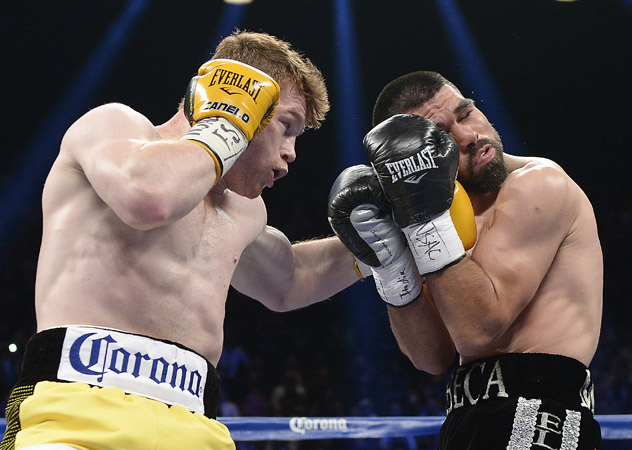 "We are thrilled with the numbers from Saturday's event," said Stephen Espinoza, executive vice president and general manager, Showtime Sports. "March 8 was the first time Canelo Alvarez headlined his own pay per view, and he decisively proved that he was ready to carry a pay per view card.

"These results are especially impressive in comparison to the pay per view performances of other boxing events over the past few months. Add in the near sellout crowd and there is no doubt this event was a huge success for Canelo, Golden Boy Promotions, MGM Grand, Showtime and boxing as a whole."

Alvarez (43-1-1, 31 knockouts) was coming off a majority-decision loss to Floyd Mayweather Jr. in September, while Angulo (22-4, 18 KOs) was last in the ring for a 10th-round stoppage loss to Erislandy Lara in June.

Mayweather-Alvarez became the highest-grossing boxing event of all time with nearly $150 million in revenue reported.

"The fans have spoken. Canelo is without a doubt the brightest young star in the sport today. He's been a huge star in Mexico for quite some time," said Golden Boy CEO Richard Schaefer.

"Now there is no denying that he is a star in the United States as well. We're already in discussions with Canelo to find the next opportunity to bring another exciting event to boxing fans worldwide."

The Canelo-Angulo fight will premiere on Showtime on Saturday at 9:00 p.m. ET/ 6:00 p.m. PT in advance of the doubleheader from Bayamon, Puerto Rico, topped by RING 140-pound champion Danny Garcia against Mauricio Herrera.

Following the telecast, the All-Access: Canelo vs. Angulo Epilogue will premiere on Showtime.