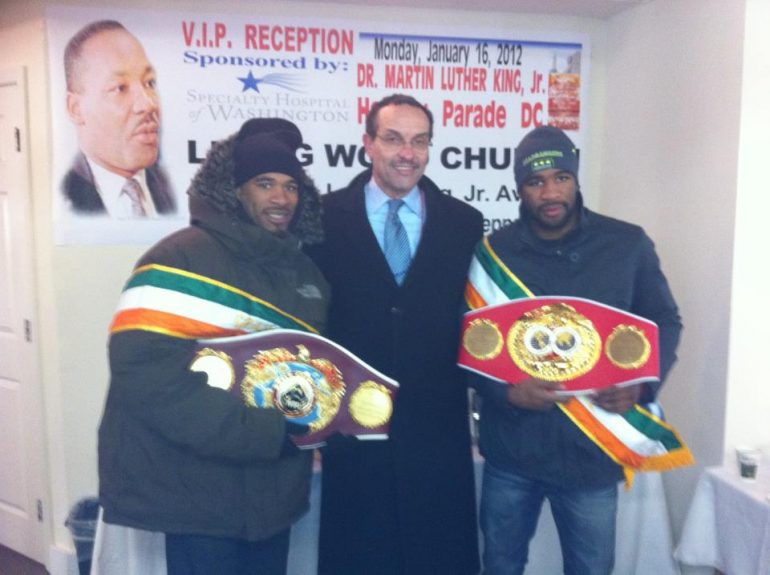 Haymon also has signed 21-year-old lightweight Chris Alexander (4-0, 3 KOs), who is managed by Sharif Salim. Alexander will face an opponent to be determined on the April 19 undercard of the 175-pound unification bout between IBF titleholder Bernard Hopkins and WBA counterpart Beibut Shumenov.

Peterson (31-2-1, 16 knockouts) was last seen in the ring in a January unanimous decision over Dierry Jean. The win helped him rebound from a third-round knockout loss to Matthysse in a non-title bout last May.

Since losing a unanimous decision to current WBO 147-pound beltholder Tim Bradley as a junior welterweight in December of 2009, Peterson is 5-1-1 with three knockout victories.

He won his current belt by split decision from Amir Khan in December 2011 and successfully defended it against Kendall Holt by eighth-round stoppage in February 2013.

The younger Peterson last saw action with a second-round stoppage of Dominic Salcido last May that followed a unanimous decision over Daniel Attah in December 2011. Prior to facing Attah, Peterson lost by seventh-round disqualification to Brandon Rios in September 2010.