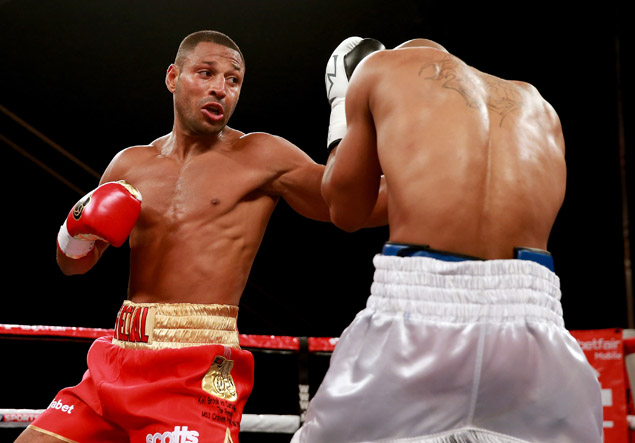 Undefeated British welterweight contender Kell Brook has been assured that he will be fighting for the IBF title no later than July 19 this year.

The 27-year-old from Sheffield, England, is in action on Saturday in Liverpool with a low-key 10-round contest against Mexican Alvaro Robes (17-2, 15 knockouts). As long as he emerges with his impressive record in tact, Brook (31-0, 21 KOs) is guaranteed a mandatory shot by the IBF.

Brook’s promoter, Eddie Hearn confirmed the news on Wednesday when revealing the IBF will only agree to current 147-pound holder Shawn Porter’s proposed next defense against fellow-American Pauli Malignaggi if the winner faces Brook within 90 days.

Unlike many mandatory pledges at elite level, this appears rock solid given Porter and Malignaggi must both sign a written clause to that effect in order to receive IBF approval for their clash, which has to happen by April 19.

“The IBF wrote to me last week to confirm that IBF champion Shawn Porter had asked for an exemption to fight Paul Malignaggi on April 19 — 12 days outside of the restricted period,” said Matchroom chief Hearn, who is promoting this weekend’s show at the Echo Arena, Merseyside.

“We asked that if the exemption be granted then it should be accompanied by certain requirements, the most important of those being that both fighters in the proposed April 19 bout must agree in writing to face Kell within 90 days of the bout or by July 19.

“We received confirmation from the IBF today that the exemption would only be granted under a number of conditions including the above. It is great news for Kell after a frustrating period. He just has to take care of business on Saturday night, then I am sure Britain will have another world champion by July 19.”

Even if Porter-Malignaggi fails to materialise within the stipulated time period, which seems unlikely, Porter’s next defense must be versus Brook, ranked four in the THE RING’s welterweight ratings – two places above Porter (23-0-1, 14 KOs).