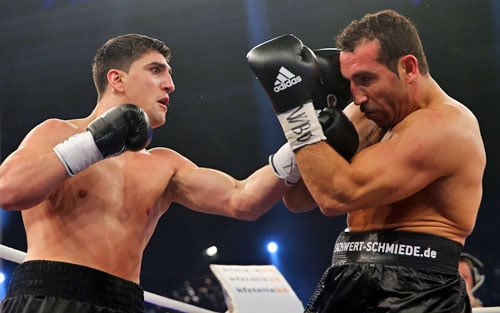 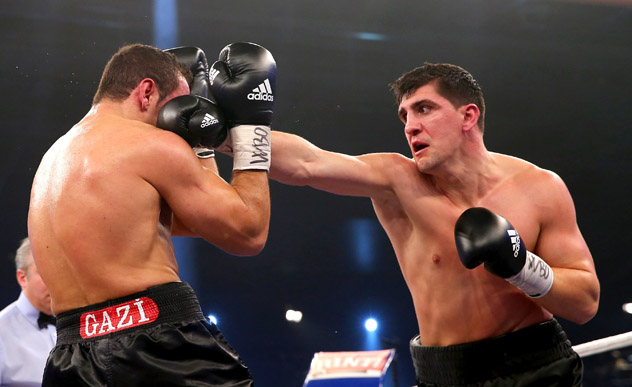 Cruiserweight titleholder Marco Huck fractured a thumb during sparring session, forcing the cancelation of the what would have been the 13th defense of his WBO belt, against unbeaten Mirko Larghetti on March 29 in Berlin, Sauerland Events announced on Tuesday.

The injury to Huck (37-2-1, 26 knockouts) is the latest in a series of unfortunate events.

Huck-Larghetti had replaced RING and IBF Champion Yoan Pablo Hernandez against Pawel Kolodziej, which was postponed after Hernandez pulled out due to issues with gastritis stemming from a mid-January viral infection.

"I cannot remember having this much bad luck with a single event," said promoter Kalle Sauerland. "First, we had to postpone the show due to Hernandez suffering from a lengthy illness and now it's more bad news with Huck breaking his thumb. In the end it's all about the health of our fighters. I am sorry for all the fans who were looking forward to this show.”

Huck was last in the ring in January, when he twice dropped Firat Arslan on the way to a sixth-round stoppage in a rematch of Huck’s unanimous-decision victory in November 2012.

Huck can establish a cruiserweight record for consecutive defenses with his next win, having earned his belt with a unanimous decision over Victor Emilio Ramirez in August 2009.

The current record holder is ex-WBO titleholder Johnny Nelson, who won the belt with a fifth-round stoppage of Carl Thompson in March 1999 and defended it 12 times, retiring after a split-decision win over Vincenzo Cantatore in November 2005.

The Huck-Larghetti card was also to feature a heavyweight bout between David Price and Ondrej Pala.

Note: All money for tickets will be refunded to the respective box offices. Please contact your point of purchase for further information.