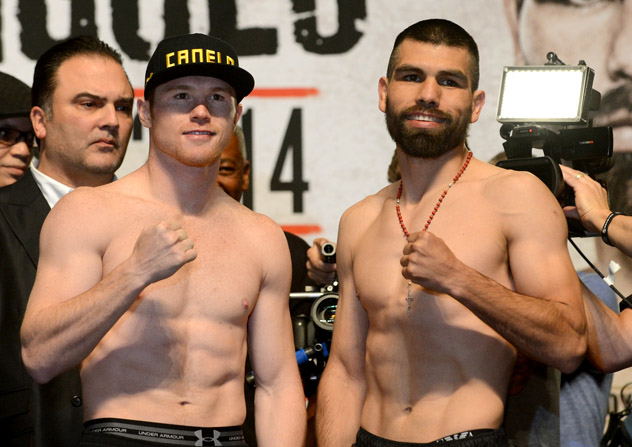 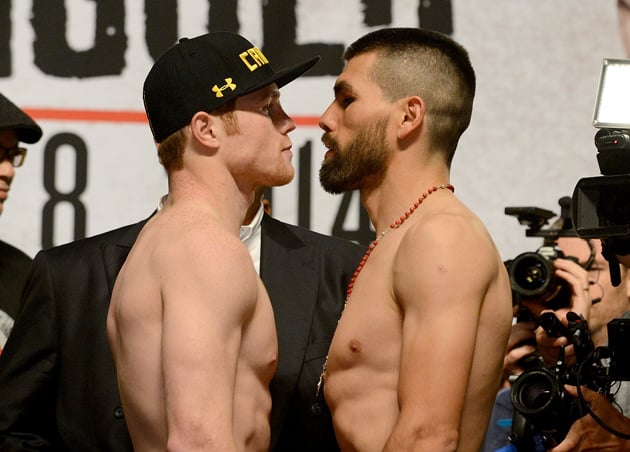 LAS VEGAS — Canelo Alvarez weighed in at 155 pounds at Friday's weigh-in for his Saturday showdown with Alredo Angulo, who weighed 154.5 pounds, inside the MGM Grand Garden Arena where the stacked Showtime PPV fight card will take place.

The contracted weight for the fight was renegotiated from 154 pounds to 155 pounds the moring of the weigh-in because Alvarez (42-1-1, 30 knockouts) was having problems getting down to the junior middleweight division limit.

"I'm greatful for all the fans who are here," said Alvarez, acknowledging the 2,000 who gathered inside the arena to witness the weigh-in live. 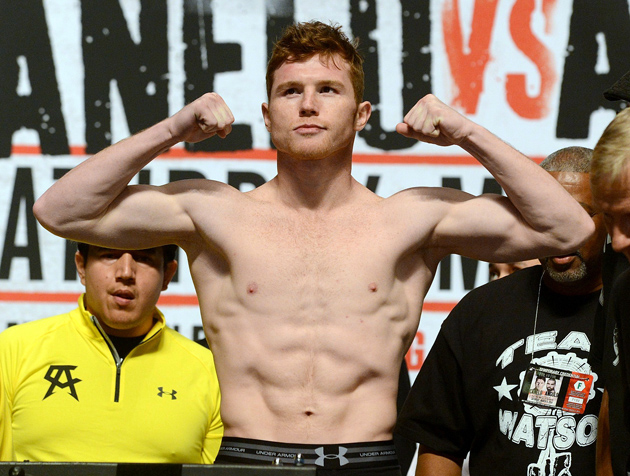 "Styles make fights. It's going to be a war," the 23-year-old Mexican star said when asked how he thought the fight would go. "I didn't have a good dance partner for my last fight (Floyd Mayweather Jr.) but for this fight I have a Mexican warrior."

That Mexican warrior isn't sure Alvarez will stand and trade with him but he says he's prepared for any style the young man presents. 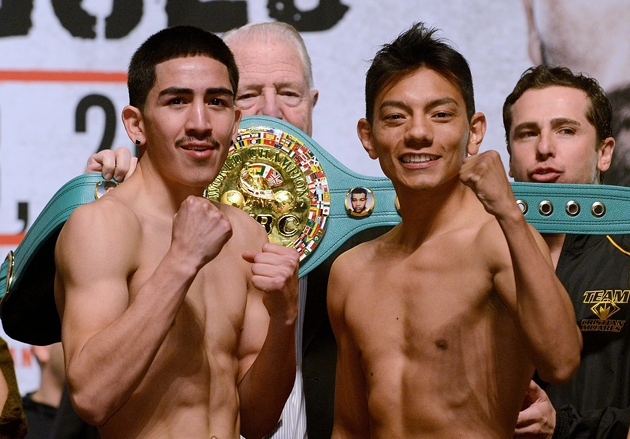 "We're going to do our best to steal the show," Santa Cruz said after weighing in.