Danny Garcia on the pound-for-pound best: ‘I’m one of them’ 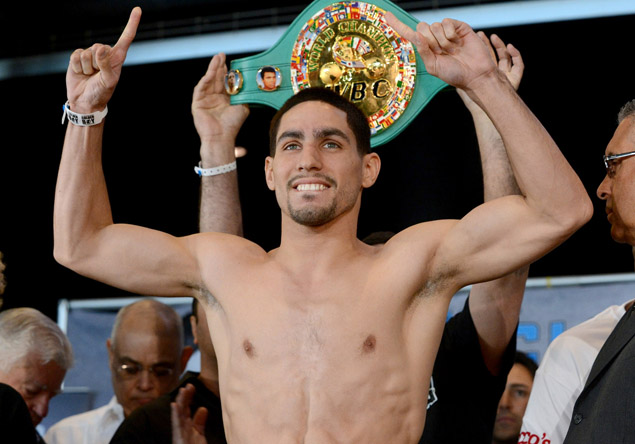 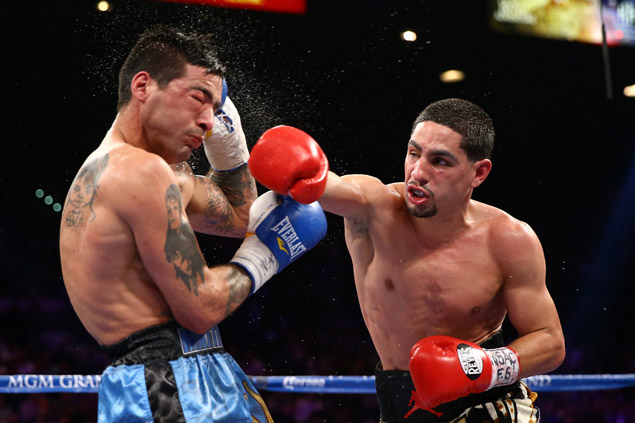 "I think that Richard is accurate. I fought the best. I never turned down a fight, and I beat the best," said Garcia, during a Wednesday conference call.

"I think that the pound-for-pound list is about fighting the best and beating the best, and like he said, there are a few good fighters out there who did it, and I'm one of them."

Mayweather is THE RING's No. 1-rated fighter overall followed by Ward. Schaefer likes Garcia, next.

"Obviously, he's the unified world champion, and currently clearly the No. 1-rated super lightweight boxer in the world. But in my book, after Floyd and Andre Ward, I believe that there is Danny because of what Danny has achieved, cumulative, fight after fight," said Schaefer.

A 25-year-old Philadelphia native, Garcia was last in the ring for a unanimous decision over Lucas Matthysse in the co-featured bout to Mayweather's majority decision over Canelo Alvarez last September.

"Obviously, what Danny Garcia has achieved in the last few years, I think that there is no fighter in any weight class who has done that outside of Andre Ward and Floyd Mayweather, and that is taking on the best," said Schaefer.

Garcia fought as an overwhelming underdog against both Khan and Matthysse. A poll of RingTV.com's experts chose Khan to defeat Garcia by a vote of 20-to-1, while the insiders selected Matthysse over Garcia by a margin of 30-4.

"Danny went in as the underdog, and people were not giving him much respect. But I think that all of that changed in his last performance against Lucas Matthysse, I think that he made everybody believers, and, that is what is particularly impressive," said Schaefer.

In the aftermath of his triumph over Matthysse, Garcia became a candidate for an eventual bout with Mayweather.

Since then, said Schaefer, interest in a Mayweather-Garcia fight has only increased.

"As it relates to Floyd, I'm getting more and more questions like, 'Hey, is Danny going to fight Floyd?' So there's more and more excitement building up about that fight," said Schaefer.

"So, assuming that Floyd handles the challenges ahead of him, do I believe that maybe sometime next year, or maybe a year from now, Cinco de Mayo in 2015, assuming Floyd keeps on winning, that we may see a Floyd-Danny Garcia fight? Absolutely. I can just imagine how much of an anticipated showdown that will be. He's young and he's going to be ready, and if the opportunity would have been today, he would fight him today. But, everything in its time."

But neither Garcia nor his father and trainer, Angel Garcia, has pushed for the bout with Maywather, who, like Garcia, is advised by Al Haymon.

"I'll let Al Haymon do what he does, and I'll let Richard do what they do," said Garcia. "We weren't really pressing for the fight. We just let Golden Boy do their job and we let Al do his job. I never question what Al does and I never question what my team does. You know, I'm a boxer at the end of the day, and I like to fight the best.

Although Puerto Rico has no reigning boxing world titleholders, Garcia has declared himself "a proud Puerto Rican." Angel Garcia was born in Puerto Rico, and has adamantly emphasized his son's sentiment during the promotion leading up to the bout with Herrera.

In June of 2008, Ponce de Leon was stopped in the first round by Lopez, who took his WBO junior featherweight title. 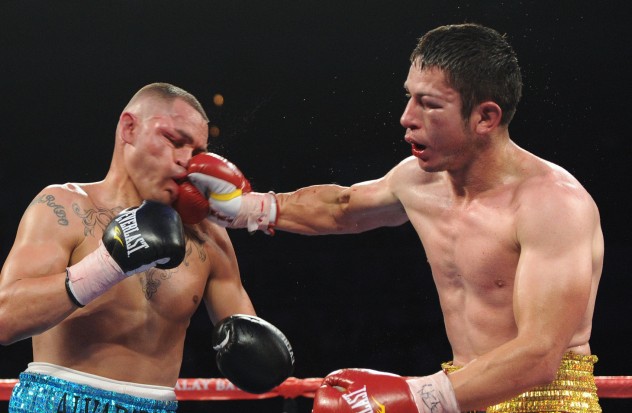 HERRERA SAYS HE HAS THE FORMULA TO BEAT GARCIA

Herrera, 33, has won his last two fights after having lost consecutive unanimous decisions to Mike Alvarado and Karim Mayfield in 2012. He also owns a unanimous-decision victory over current WBO 140-pound beltholder Ruslan Provodnikov from 2011.

"With Alvarado, that was a different fight, and I fought a different style with him. We went in there and tried to push him back, and fought a bigger, tougher guy and a brawler with him. I thought that fight was pretty close, too. Alvarado missed a lot of shots and I felt that it was his turf, his promotion, and only one judge gave me one round. I figured that I had no chance. You could see the way that they were judging that I wasn't going to get that decision. It could have gone either way."

Against Garcia, Herrera said that his unique style will enable him to do against Garcia what Matthysse, Khan, Judah, Morales, Holt and Campbell could not.

"I don't think that it takes a really tough guy and a big name to beat Danny. It could just be a guy like me, who has some skills and some smartness in there and an awkward style that can defeat Danny, and that's what I'm really confident about. I think that the biggest difference between me and those guys is that a lot of those guys had an amateur background," said Herrera.

"I don't have a big amateur background, so I don't throw all of the basic punches and I don't have the basic rhythms that those guys have that Danny's used to seeing. I'm a little awkward on my shots, and I throw with power sometimes, and sometimes I have no power. Sometimes I can go with speed, or I can go inside, or I can control distance. I'm hard to hit sometimes. I think that all of that will make a big difference from those fights and against me."

Herrera's trainer, Willie Silva, believes that Garcia is in for a big surprise on March 15.

"Danny Garcia has never faced a guy like Mauricio Herrera," said Silva. "It's going be a nightmare for him that night."