Virgil Hunter: “We have to knock Canelo out to win the fight” 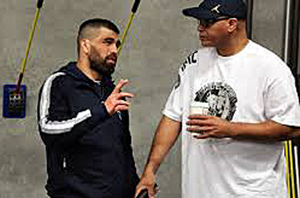 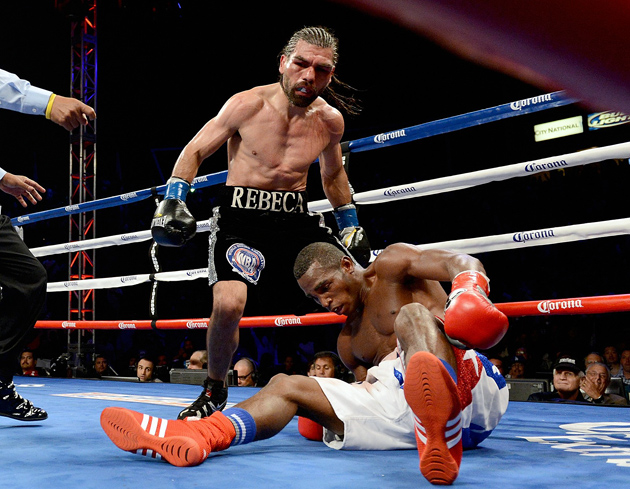 Alfredo Angulo had Erislandy Lara down twice before being stopped in the 10 round in his last bout. Angulo’s trainer, Virgil Hunter, thinks he can put Canelo Alvarez down and keep him down.

One-time Trainer of the Year Virgil Hunter is well aware of what his fighter, Alfred Angulo, will be facing this Saturday when Angulo steps into the ring against former Ring junior middleweight champ Canelo Alvarez at MGM Grand in Las Vegas, Nev.

It’s not just the odds – which heavily favor Alvarez. It’s the perception that Angulo can’t beat Alvarez. Hunter accepts that view, but doesn’t agree with it.

“Canelo is a good fighter,” Hunter told RingTV.com on Monday. “You can’t take that away from him. He throws excellent combinations. He’s got good power. He has above-average hand speed. He just came out of a fight that gave him an education. I think that last fight (with Floyd Mayweather) will give him a boost. We’re prepared for the best that he can be.”

Hunter has studied Alvarez closely, honing in on areas he thinks Angulo can exploit.

“Alvarez does have flaws,” Hunter said. “I would feel uncomfortable exposing them right now because I don’t want him going into the fight knowing what I consider flaws, but he certainly has them. We’re quite aware of those flaws. I’ll mention one: his stamina. That’s one of several.”

The Alvarez fight will be Angulo’s fourth bout under the tutelage of Hunter, who also trains RING super middleweight champion Andre Ward, and former titleholders Andre Berto and Amir Khan.

Angulo will be back in the ring for the first time since his controversial loss to favored Erislandy Lara last June. Behind on two cards by a point, but ahead on another, Angulo floored Lara twice before the fight was stopped in round 10.

Hunter has come to admire Angulo’s desire and determination.

“He’s maximized what he has,” Hunter said. “He’s not the athlete that some of the other fighters are that I have. He has a style that gives and takes, but he has perfected that even better recently. His defense has improved quite a bit

“You never get bored watching an Alfredo Angulo fight. His strength is that any fight he’s in – he’s in that fight. He carries a game changer in either hand. Anybody that fights him is in a dangerous situation from rounds one to 12 so, that right there suggests that his strengths are more psychological.

“You have to stay alert at all times,” said Hunter. “You can’t relax. Even if he’s not in a punch zone, you still have to be alert. It calls for focus and concentration on the opponents’ part. That can be quite stressful, especially in a tough fight when you’re getting tired. He can hurt you at any time. It can cause you to come out of yourself and fight a different fight than what you planned for.”

In 2012, Angulo was forced to languish in an immigration detention center in El Centro, Calif., for seven months.

“He’s also getting better because his body has come back to where it should be after that long detention time he had,” said Hunter. “That took a lot away from him to not be able to exercise for nine months. That took some things out of him, but, I see some things in this camp that I haven’t seen before. I’m pleased.”

Hunter doesn’t hesitate when asked what Angulo has to do to win Saturday.

“He has to knock him (Alvarez) out. I have to think that way, knowing what Canelo brings to the table. And, what he means to Golden Boy and anybody else that feels like he's an asset to the sport of boxing. I feel like we have to knock out Canelo to win the fight,” he said.”The importance of knocking Canelo out has been stressed to Alfredo.”