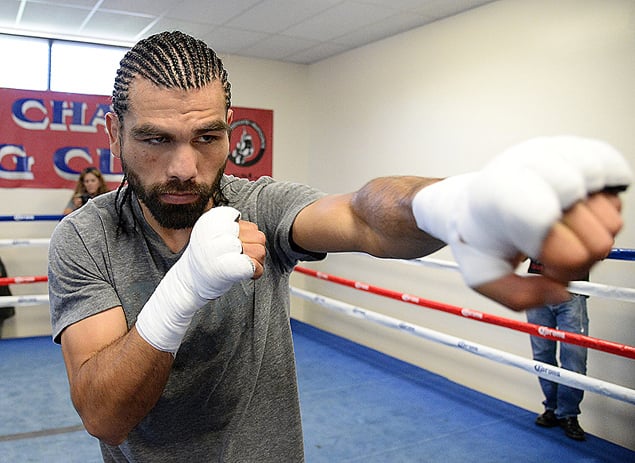 Alfredo Angulo knows what it feels like to have a father for the first time in his life thanks to his relationship with former Trainer of the Year Virgil Hunter.

"My father died when I was five years old," said Angulo, 31. "Aside from being my trainer, Virgil gives me advice."

Angulo shared that his thoughts during Friday night's first of three episodes of Showtime's All-Access: Canelo Vs. Angluo, which aired in advance of his March 8 junior middleweight bout with former RING champion Canelo Alvarez on Showtime Pay Per View.

"For the first time in my life, I know what it's like to have a father," said an emotional Angulo. "I see his love and everything he does for me. That's why I respect him so much."

Angulo (22-3, 18 knockouts) will be in his fourth fight under Hunter, who is most known for guiding the career of RING super middleweight champion Andre Ward, a 2004 Olympic gold medalist who was named Fighter of The Year for 2011 by The Boxing Writers' Association of America.

In a bout that is being billed  "Toe-To-Toe, Alvarez  (42-1-1, 30 KOs) will take on Angulo at the MGM Grand in Las Vegas, site of Alvarez's majority decision loss to Floyd Mayweather Jr. in September.

In his last fight in June, Angulo scored two knockdowns during his exciting 10th-round stoppage loss to Erislandy Lara.

In addition to Ward, Angulo has trained alongside former welterweight beltholder Andre Berto as well as ex-junior welterweight titleholder Amir Khan under Hunter.