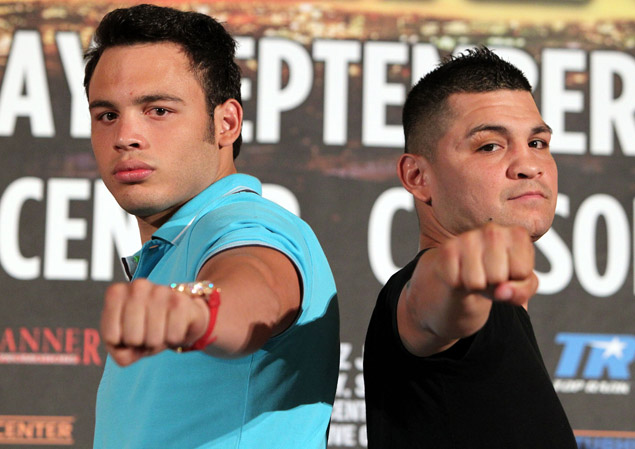 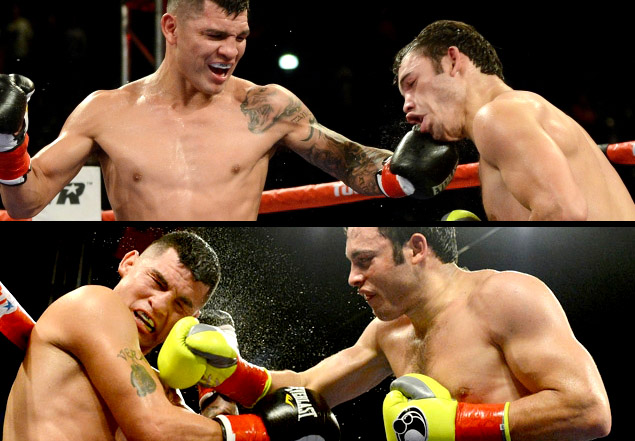 Bryan Vera says he has sparred against heavyweights to get ready for Saturday's HBO-televised rematch with Julio Cesar Chavez Jr., who offered "no excuses" for his controversial unanimous-decision win in September.

Vera's initial bout with Chavez took place in Carson, Calif., at a 173-pound catchweight because Chavez was not able to make the originally contracted 168-pound limit.

In a poll of 59 media members,  53 scored the fight in favor of Vera, with the remaining six calling it a draw. In its round-by-round, RingTV.com scored it for Vera, 97-93.

RingTV.com's 23 insiders gave their thoughts on what they feel will transpire in Chavez-Vera II.

Expect the judges to have the same scoring margins as the first fight, and expect fans to bitch about the decision, even if more justified this time.

Julio Cesar Chavez Jr. by close UD: Chavez will never be in 100% condition but he'll be in good enough shape to let his hands go a little more in this rematch. With his size, chin and power, that's all he needs to do to earn a legit decision. Still, Vera won't go quietly. The Texan will have his moments in the fight but Chavez will be the sharper/harder puncher of the two. He'll also outbox and out-move Vera for stretches.

Julio Cesar Chavez Jr. TKO 8 Bryan Vera: It's hard not to hope that Bryan Vera wins. But it's harder to pick him. If all was fair, Vera would get what was taken from him on errant scorecards. But boxing isn't about righting a wrong. It's business and this rematch is a step in redeeming Julio Cesar Chavez Jr.'s marketability.

When in condition and motivated, Chavez is a powerful fighter, stronger and better than Vera. Remember Sergio Martinez? He beat Chavez, but has never been quite the same since Chavez Jr. nearly knocked him out in a furious 12th-round.

There were boos and widespread criticism for Chavez' inability to make weight and lack of professionalism in his first meeting with Vera. The guess here is that he's heard it, internalized it and will use it. He'll win the rematch. But redemption will have to wait.

Julio Cesar Chavez Jr. W 12 Brian Vera: The very best of Bryan Vera was able to compete with the very worst of Julio Cesar Chavez Jr last September and he gave him a competitive fight that I scored as a draw. It would appear that Chavez Jr is actually training this time, and taking Vera, and the rematch, seriously.

That is bad news for Vera, because I don't think he can get any better than what we already saw from him against Chavez Jr the first time and that was simply not enough to beat him. Chavez Jr will be much better this time and because he is properly motivated, he will win a clear-cut unanimous decision. Vera has the chops to go the distance but he's going to take a shellacking.

One would assume September's scare will have Junior motivated to redeem himself, although I doubt he will have an easy time doing it.

Chavez is naturally bigger and stronger, and with his career in a "do or die" state, we'll see the best of what he has. That, I believe, will be enough.

If this doesn't incense Chavez to get himself together, nothing will. What should have happened in the first fight will likely happen in the rematch as a motivated Chavez will look to dispatch of Vera in impressive fashion.

It still won't be easy, as Vera's huge heart will carry him through several rounds and give Chavez Jr. trouble. However, if Chavez is in shape and determined, there isn't much Vera's heart can do to stop the punches that will obliterate his body.

But he seemingly took training more seriously for their rematch after his dubious "win" over Bryan Vera in their first fight. He'll be busier this time around, in addition to being bigger and stronger, and will win definitively over the always-game Vera.

People talk about what Chavez Jr. took from Sergio Martinez in that fight, but what about what Martinez took from him? Chavez believed that he would walk through Martinez, but suffered severe facial damage.

Chavez may be ready for a bigger fight after facing Vera, but whether or not he can remain a 168-pounder is an uncertainty. This is a critical fight for Chavez, and I see that motivation making this a less competitive fight with Vera than the last.