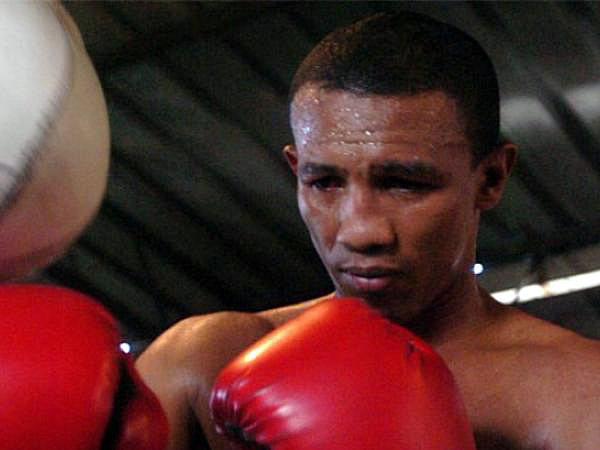 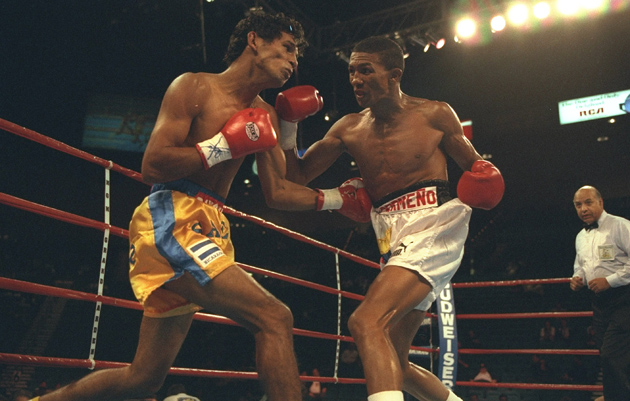 Antonio Cermeno (right) and Eddie Saenz trade blows during a WBA 122-pound bout at the MGM Grand Hotel in Las Vegas, Nev. Cermeno retained the title with a fifth-round TKO.

Former junior featherweight and featherweight titleholder Antonio Cermeno was kidnapped and killed in his native Venezuela, according to an Associated Press report on Tuesday.

Cermeno, a tall and rangy 44-year-old stylist who held titles in the 1990s and retired in 2006, was found shot and killed on Tuesday in a road in the central state of Miranda, local police chief Eliseo Guzman told the AP.

Guzman said Cermeno and other relatives were kidnapped on Monday night near the La Urbina neighborhood in east Caracas. The relatives escaped when the kidnappers stopped to refuel the car, but Cermeno remained captive, Guzman said.

Cermeno, who retired with a 45-7 record, defeated respected WBA 122-pound beltholder Wilfredo Vazquez in the longreigning titleholder's native Puerto Rico in 1995. Cermeno defended that title seven times, fighting at home in Venezuela and traveling to the U.S. and Japan, before vacating the belt to campaign at featherweight.

Cermeno lost twice to undefeated WBA featherweight Freddy Norwood in '98 and '99, but won the title (that Norwood vacated by not making weight) between those two decision losses.