Miguel Cotto vows ‘history will be made’ versus Sergio Martinez 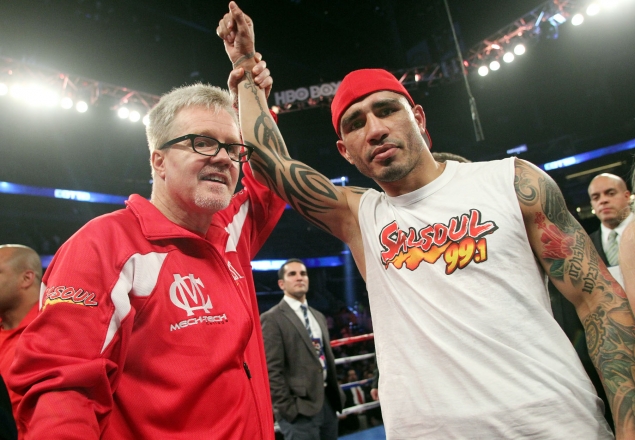 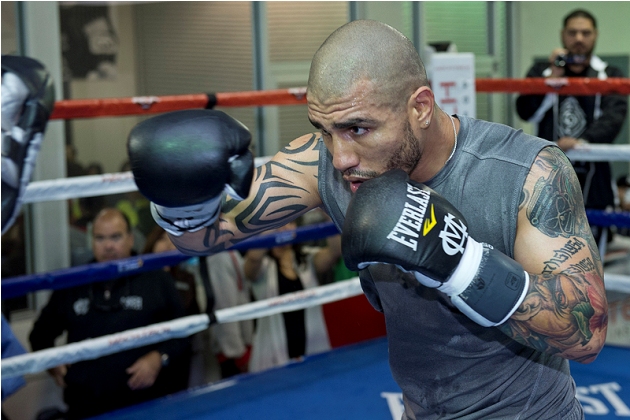 Miguel Cotto vows that "history will be made" against RING middleweight champion Sergio Martinez on June 7 at New York's Madison Square Garden, which Cotto calls his "second home."

That's where Cotto will move up to the 160-pound division for the first time in an attempt to become the first Puerto Rican fighter to win a fourth title in as many different weight classes against Martinez in an HBO Pay Per View event.

"It will be a huge honor to accomplish the goal of becoming the first Puerto Rican to become a world champion in a fourth division," said Cotto, who has fought at junior middleweight since 2010.

Cotto (38-4, 31 knockouts) will face Martinez at a catchweight of 159 pounds, rising to the challenge at a time when the island nation currently has no reigning beltholders who were born there, and doing so the night before the Puerto Rican Day parade.

"I feel very happy with this opportunity to fight again in my second home in New York," said Cotto, 33, who is 9-1 with five knockouts in New York, and 7-1 with four stoppage at The Garden. "It will be in front of all of the Puerto Ricans that have supported me throughout all of my career."

A veteran southpaw who turns 39 on Friday, Martinez (51-2-2, 28 KOs) will have been out of the ring since April of last year, when he unanimously decisioned Martin Murray in Buenos Aires.

Martinez has risen from the canvas during each  of his past three fights comprised of an 11th-round stoppage of Matthew Macklin and unanimous decision victories over Murray and Julio Cesar Chavez Jr.

Martinez is 7-0, with four knockouts since falling by majority decision to Paul Williams in December 2009, having avenged that loss by stopping Williams in the second round in November 2010.

The win over Williams was in defense of the WBC belt Martinez won by unanimous decision from Kelly Pavlik in April 2010. Martinez has also knocked out former titleholders Sergei Dzinziruk and Darren Barker in the eighth- and 11th-rounds.

After the Chavez fight, Martinez received eight stitches to repair a cut over his left eye, two staples in his head, and suffered from both a broken left hand and torn ligaments in his right knee, the latter of which required surgery to repaair.

Cotto, meanwhile, is coming off a third-round knockout of Delvin Rodriguez in October that helped him to bounce back from consecutive unanimous-decision losses to Floyd Mayweather Jr. and Austin Trout in May and December 2012, respectively.

At The Garden, Cotto has decisioned former world titleholders Shane Mosley, Joshua Clottey and Paulie Malignaggi, knocked out Zab Judah and Antonio Margarito, and lost to Trout, the latter in his last appearance in there.

The loss to Mayweather ended a three-fight knockout and winning streak by Cotto, whose previous setback had come via 12th-round stoppage opposite Manny Pacquiao in November of 2009.

The triumph over Margarito had avenged the first loss of Cotto’s career, which was an 11th-round knockout in July of 2008.

"Throughout all of my career, I have always said that I will fight the best names in the business," said Cotto, whose loss to Trout represented his eighth appearance at The Garden, and his 10th in New York. "Sergio Martinez is the best challenge, and on June 7, at Madison Square Garden, history will be made."