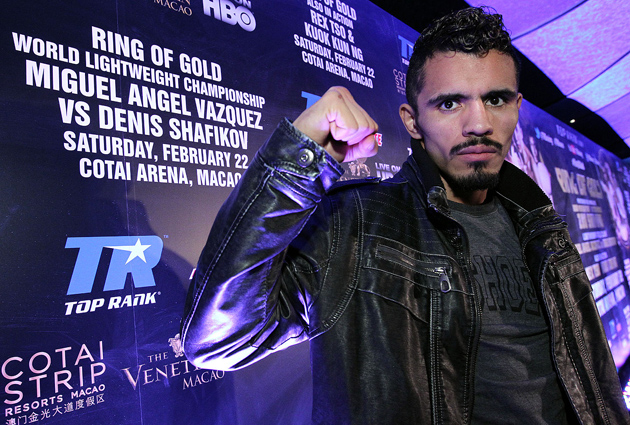 Then why do some in boxing knock a fighter like Vazquez?

He is a world titleholder, has won 13 bouts in a row, and has the backing of one of the larger promoters in boxing today.

To some, Vazquez's fighting style may be described as boring or not television-friendly. Vazquez understands his style is not for everyone. It may be too simple for some.

Then again, "simple" is working for for Vazquez, who will defend his world title belt this Saturday against Denis Shafikov at the Kotai Arena inside the Venetian Resort in Macau.

The bout will be part of a Top Rank card and televised on a tape-delay basis on HBO2 at 5:00 p.m. ET/PT.

Vazquez (33-3, 13 KOs) has quietly carved out a very successful career in the last couple of years. He has done it recently  without having to move or done in weight, fighting and competing at the lightweight limit.

During his 13-bout winning streak, Vazquez has defeated three unbeaten fighters, including his last fight, when he won a 12 round unanimous decision over Mercito Gesta in Las Vegas on Dec. 8, 2012.

He will face another unbeaten southpaw in Shafikov (33-0-1, 18 KOs), who has won eight bouts since a 12-round majority decision draw against Brunet Zamora in October of 2010. 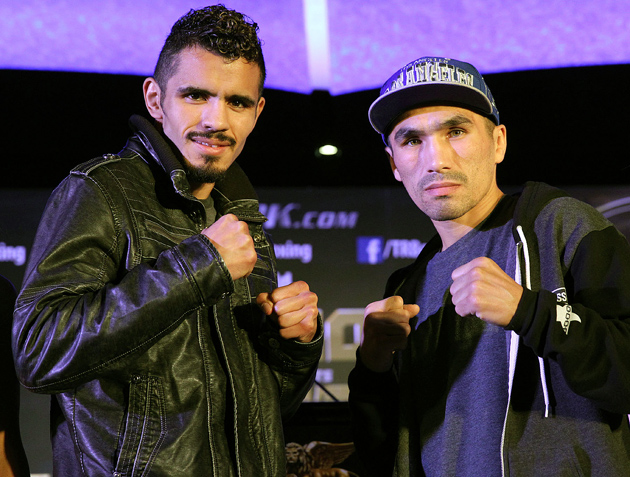 While it may be expected for Shafikov to brawl or be aggressive against Vazquez's counter-punching style, Vazquez will stick to his game plan, but may have a trick up his sleeve.

"I know this will be a difficult fight against a lefty, but I'm ready," Vazquez told RingTV.com recently over the phone. "We're expecting a tough fight. I'm very motivated for this fight and I have a lot of confidence in my abilities of what I can do in the ring."

"We prepared for whatever he brings. If he is going to box, then ill box with him. If he wants to brawl, then ill be ready and I'll brawl with him."

Boxing fans, and even some members of the media, have been critical of Vazquez's style. In the age where spectacular knockouts are shown repeatedly on nightly sports shows, Vazquez is not deterred by completing the task of our boxing his opponent.

He does admit the criticisms do sometimes bother him.

"It's sad because it's an honor for me to fight and make a living for my family (in Guadalarjara, Mexico)," said Vazquez, who trains at the Daniel Ponce De Leon Gym in Montebello, Calif. "I have fought and beaten some of the most difficult boxers. But there is money to be won in boxing and I always want the challenges that come with being a champion."

While it seems as though Yuriorkis Gamboa, Ricky Burns, Terrance Crawford, and Ray Beltran have gotten more publicity as lightweights, Vazquez believes he will gain by fighting the top fighters.

Even with possibility of Miguel "Mikey" Garcia moving up to lightweight, Vazquez is eager to fight those and other world title holders and top contenders.

"I'd like to fight those guys one day. Gamboa, Garcia, whomever. Eventually, I'd like to move up and fight (Mike) Alvarado, (Brandon) Rios, or (Manny) Pacquiao. I just want to show people that Miguel Vazquez matters in the sport of boxing."

And he does. There is the unfortunate factor that Vazquez may be too good for his own good. Does he win fights? Yes. Does he win spectacularly? Probably not.

The thing is Vazquez wins. He may not be the fastest or slowest to cross the finish line, but he does get there. One can not knock that about him.

After defeating very modest opposition in the last two-three years, Vazquez wants to fight against an A-side of the division. He has a difficult task against Shafikov on Saturday, but a win will open that door to fight the top fighters.

Photo / Chris Farina-Top Rank
Francisco A. Salazar has written for RingTV since October of 2013 and has covered boxing in Southern California and abroad since 2000. He also covers boxing for the Ventura County (CA) newspaper, Knockout Nation, and Boxingscene.com. He could be reached by email at [email protected] or on Twitter at FSalazarBoxing