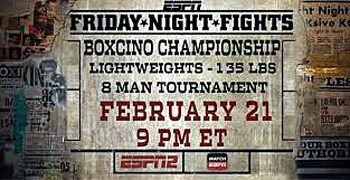 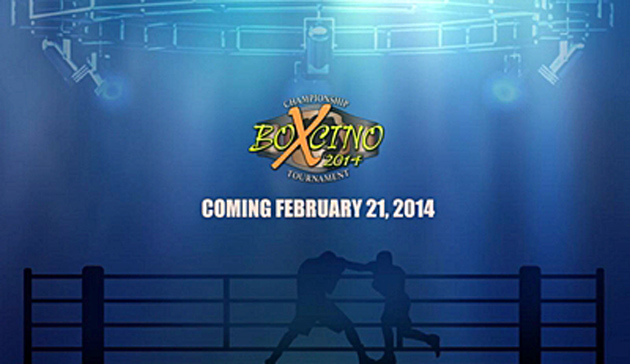 This Friday, Banner Promotions and ESPN2 kick off the first of two eight-man single elimination tournaments, which will take place over the course of the Friday Night Fights season.

RingTV.com spoke with Banner Promotions founder Artie Pelullo about the tournament and how it came together. Boxing tournaments often have a hard time running smoothly, so Pelullo also shared what sort of measures are in place should a hiccup occur here and there.

“I came up with this idea 17 years ago when the first Boxcino tournament took place,” Pelullo told RingTV.com. “Born out of that was Brazilian star Acelino Freitas who won the tournament, but also a number of the competitors who participated became quality names, like JC Candelo.”

The Boxcino tournaments take place in two divisions, the lightweight and middleweight classes. Though neither tournament features a big name, the matchups are compelling enough to make you interested beyond that.

Though people on social media were dubious that a random drawing actually took place as reported, RingTV.com can confirm it did. Video shared by Banner Promotions with RingTV.com shows respected writer Thomas Hauser drawing the names randomly with no outside interference.

Not all of the fighters are Banner fighters, but Pelullo shared that he has deals with everyone involved to promote them should they fare well in the tournament.

Pelullo also shared details about the rules that have yet to be released elsewhere.

In the case a fighter doesn't make weight in the quarterfinals, there are replacement fighters that will step in to take their place. Those names haven't yet been finalized.

In the event a bout goes to a draw, the combatants will fight one additional round to determine the winner. Banner has worked it out so that this would reflect the official record of the fighters, meaning that if a quarter-finals bout ends in a draw and is won in the seventh round, their record will show them having won a seven round fight. The same additional round rule applies to the semifinal and final round.

In the rare case that the additional round ends in a draw, three ringside writers will be polled on who won the round in order to determine who would move forward in the tournament. This obviously wouldn't affect the official verdict of a draw.

Should a fighter that wins a bout be unable to continue in the tournament for any reason, one of the losers from the previous round will step in as a replacement. Banner indicated that it is not yet in stone what determines which fighter takes that spot.

Rounding up a group of fighters to agree to something as risky and dangerous as this can be a difficult thing, but Pelullo thinks he knows why it came together so well.

“All of the competitors in Boxcino are not well-known names with much television exposure and knew that the risk is worth the potential reward,” Pelullo said.

“A few fighters we approached turned down the idea but it wasn't difficult finding a crop of guys who jumped at the opportunity to be showcased on ESPN2 and progress their respective careers.”

The tournaments feature a nice assortment of fighters from all walks. There are unbeaten but largely unknown prospects like Adams and Agbeko. There are tough gatekeeper types who never had the right team behind them like Carcamo and Gatica. There are older veterans looking for their one last shot like Petrov and Edouard. It makes it so each matchup is interesting not only in the context of the tournament but on its own as it is difficult to peg a winner in any individual matchup.

On whether or not there is a deal in place between Banner and ESPN to feature the winners in future telecasts, Pelullo said there are talks but nothing in writing.

“We're hopeful that ESPN will not only feature the winners but also the runner-ups on future telecasts of theirs,” Pelullo said.

If even one fighter comes away from this to go on and reach the level of the inaugural Boxcino champion Acelino Freitas, the tournament would be considered a dramatic success. For fight fans, it would be enough if a handful of compelling and exciting matchups are a result of the tournament.

Mark Ortega is a contributing writer to RingTV.com, Boxing Monthly and THE RING magazine. He’s also a member of the Boxing Writers Assoc. of America and THE RING Ratings Advisory Panel. Email him at [email protected]; Twitter: @MarkEOrtega