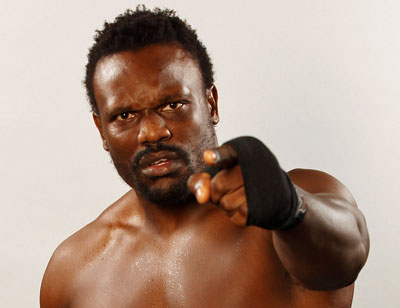 Dereck Chisora defeated Kevin Johnson by a unanimous decision in a 12-round heavyweight fight Saturday night at Copper Box Arena in London.

Chisora (20-4, 14 knockdowns) was the aggressor throughout, the most important factor in his victory. Johnson (29-5-1, 14 KOs) frustrated Chisora at times with a stiff jab but couldn’t keep the Londoner off him consistently and landed few power shots.

Chisora didn’t land many eye-catching punches either, in good part because of Johnson’s defensive skills, but he found the target more than enough to win the majority of rounds.

The only knockdown came in the fifth round, when Chisora put Johnson on the canvas with an overhand right to the side of his head.

Chisora’s victory sets up a possible rematch with Tyson Fury, who stopped Joey Abell in the fourth round on the same card Saturday. Fury outpointed Chisora in 2011.

Johnson, 34, took the fight on three weeks notice after Andriy Rudenko, Chisora’s original opponent, was injured in training. The Atlanta resident is now 1-3 in his last four fights.