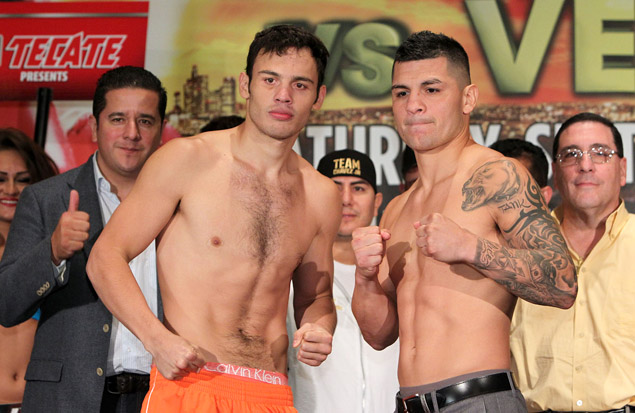 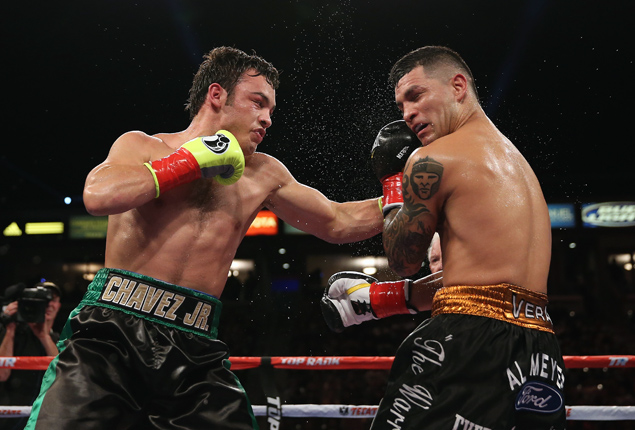 Julio Cesar Chavez Jr. has "no excuses" for his performance in September's controversial unanimous decision over Bryan Vera, according to a press release distributed by HBO.

On March 1, Chavez (47-1-1, 32 knockouts) and Vera (23-7, 14 KOs) will battle again in a 168-pound return bout. The fight will take place in Vera's home state of Texas, though it will also mark Chavez's fourth appearance at the Alamodome in San Antonio.

Chavez-Vera I took place in California at a 173-pound catchweight because Chavez was not able to make the originally contracted limit.

In a poll of 59 media members,  53 scored the fight in favor of Vera, with the remaining six calling it a draw. In its round-by-round, RingTV.com scored it for Vera, 97-93.

The full statement released by HBO is below:

Question for Chavez: Can you discuss your first fight against Bryan Vera and what can fans expect to see in the rematch at the Alamodome in San Antonio?

Chavez: I am looking forward to returning to the ring on March 1 in San Antonio. The fans in the great state of Texas have always been very kind and supportive of me throughout my professional career, and the people of San Antonio in particular have been great to me.

For many people, my fight in San Antonio in June 2010 against John Duddy was my breakout fight, and it led me to my first championship fight one year later. It made believers out of many boxing fans that had doubts about my abilities.

In February 2012, I returned to San Antonio as a world champion and beat the number one-rated contender, Marco Antonio Rubio, in a fight many felt I would lose. That night, the people came out and really supported me as I successfully defended my title against Rubio.

The only other time I fought in San Antonio was in 2007, when I was just beginning my climb up the rankings. My upcoming March 1 fight will be one of the most important of my career, following two disappointing performances — my first professional loss, to Sergio Martinez, and a disputed victory over Bryan Vera last September in Los Angeles.

I know that expectations prior to my first fight against Vera were that it would be an easy fight for me, but it did not turn out that way for many reasons. But I won’t make any excuses. I know that I owe the fans a great performance, and that is what they will get — a great performance on March 1.

I believe that Vera fought as well as he could in the first fight and I know that I did not fight my best by a long shot. I will be more prepared physically and mentally for this second fight because I know that I need to get an impressive win against Vera. There is a lot at stake for me in this fight.

We are fighting in Vera's home state this time around, and he will have a lot of support in the stands. But inside the ring, it will just be us — mano a mano. And while I felt that I won the first fight with my power and accurate punching, I know that I left some doubt in many people minds because of my weight issues
and the fact that I did not have the consistency in my attack that I needed during that fight.

In boxing, it always come down to being prepared and being ready to go in the ring and performing to the best of my ability and that is what will happen against Vera this second time around. I need to be active, consistent and land my shots with power and do as much damage as I can early so I can finish the fight
with a big flourish.

My fans in Texas and around the world know that I will always give them the best fight possible for them to enjoy no matter the circumstances. Rest assured that for this fight on March 1, they will see me at my best and I will get the win in a very clear and decisive fashion.