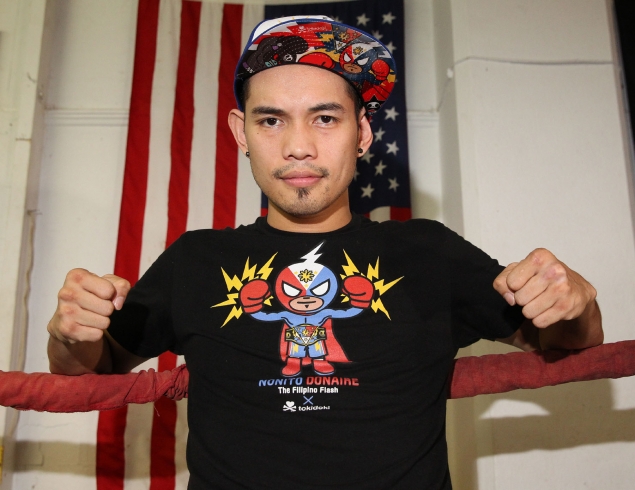 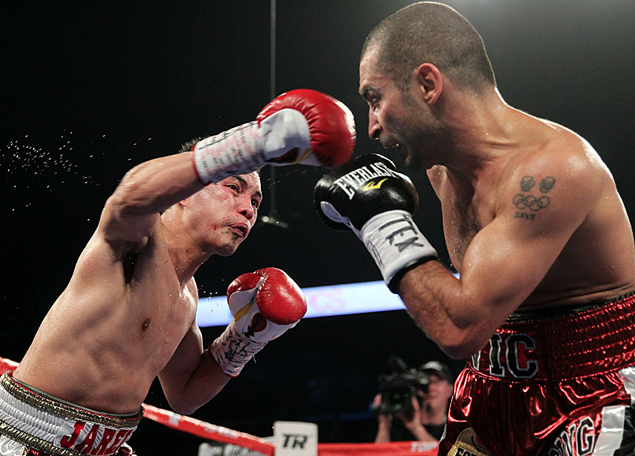 Top Rank CEO Bob Arum is targeting a spring return in Macau for Nonito Donaire, a former RING junior featherweight champion who was last in the ring for a ninth-round TKO of Vic Darchinyan.

Arum said that he will begin working more aggressively on Donaire's upcoming bout next week, while in Macau for a Feb. 22 card headlined by IBF lightweight beltholder Miguel Vazquez and Chinese flyweight Zou Shiming.

"I'm going to Macau on Saturday, and I'm going to meet with the people at the Venetian, and we're going to lay out when and where we're going to do a fight with Donaire. They want Donaire in Macau or Singapore, and they want him in the spring. I don't have a date yet because I haven't talked to them about a date," said Arum, who promoted Manny Pacquiao's unanimous decision victory over Brandon Rios in Macau in November.

"We had huge, huge numbers of Filipinos for the Pacquiao-Rios fight. Once I get a date from them, then we can go into action, because I know that Nonito will be ready, and he's somebody that the Venetian values as being the second-most popular Filipino fighter. They have a huge population of Filipinos in Macau and Hong Kong, and Manilla is an hour and 10 minutes by airplane from Macau."

"Vetyeka is a possibility, but that has not been closed yet," said Arum. "I'm looking at May, but they may not be looking at May."

A major factor in whether or not Shiming will be on the card has to do with Miguel Cotto's planned June 7 fight against RING middleweight champion Sergio Martinez. Cotto, like Shiming, is trained by Freddie Roach.

"One of the problems of doing it in May is that we can't put Shiming on the card because Freddie will be occupied with Cotto," said Arum. "So, in that case, Shiming would be training at the same time. So the earliest that Shiming could fight would be the third week in June."

Along with Donaire, Arum would like former flyweight titleholder Brian Viloria to appear on the card.

"Again, they love Brian over there. He's Filipino-American, so he fits, and if we do a card in may with Nonito, why not put Viloria on the card?" said Arum.

Another possibility for the card would be Jamaican featherweight contender Nicholas Walters against Alejandro Perez, who is scheduled to face an unnamed opponent on March 29.

"The Venetian in Macau wants Falcao very badly because there is a very sizeable Portugese population in Macau," said Arum. "So they wanted a Brazilian who speaks Portugese."

Vasyl Lomachenko, a two-time Olympic gold medalist from Ukraine, is set to face WBO featherweight titleholder Orlando Salido on March 1 in San Antonio, on the undercard of a rematch between Julio Cesar Chavez Jr. and Bryan Vera.

The matchup is being billed as an attempt to make history in Lomachenko's second pro fight, though according to Fight Fax Inc., boxing's official record keeper, Lomachenko is actually 7-0 because he was paid to take part in six World Series of Boxing fights.

"It has been a long, hard ride to get to this world title fight. I may have only one professional fight on my resume, but I have been boxing all my life, dreaming that one day I would be fighting the best fighters. And now, I am fighting a world champion who is one of the best in featherweight division," said Lomachenko, in a prepared statement released by Top Rank.

"Salido is a very good veteran fighter, and he has been in the ring with toughest opponents. He puts a lot of pressure on you inside the ring, and he comes to fight. Defeating this kind of fighter would mean a lot to me. It would also add my name to boxing history and get me one step closer to joining the sport's all-time best … You will remember the Alamodome that night."

Salido (40-12-2, 28 knockouts) won a featherweight belt for the third time in October, this one coming via seventh-round stoppage over Orlando Cruz.

Taylor, 23, last suffered defeat by split-decision to Prenice Brewer in November 2011, and was last in the ring for an eighth-round knockout of Victor Cayo. Algieri, 29, is coming off a seventh-round knockout over Wilfredo Acuna.

In the 140-pound co-main event, Issouf Kinda of Bronx, N.Y., will take on Jeremy Bryan, of Paterson, N.J.. Also, in a middleweight bout, Jason Escalera will meet Lykan Byfield.