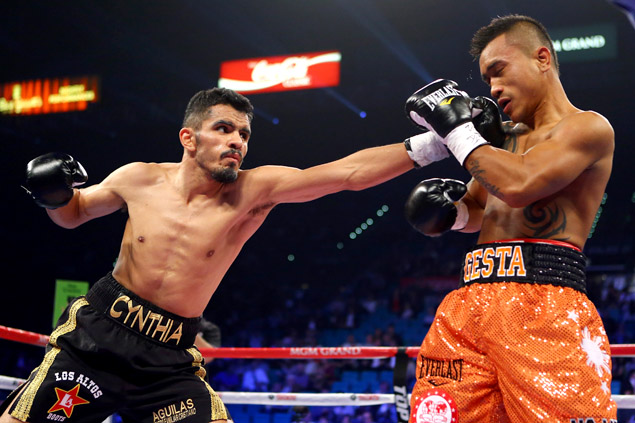 Vazquez (33-3, 13 knockouts), THE RING's No. 1-rated lightweight, will attempt to make the sixth defense of his belt against Russian contender Denis Shafikov (33-0-1, 18 KOs), a 28-year-old who is coming off a seventh-round stoppage victory over Santos Benavides in August, which marked his debut in the United States. Shiming (3-0) will face flyweight rival Yokthong Kokietgym (15-3, 11 KOs) of Thailand.

Also on the card are 2012 Olympic gold medalists Ryota Murata, a middleweight from Japan in his third professional fight, and Egor Mekhontsev, a light heavyweight from Russia in his second pro bout. Murata will face Brazilian Carlos Nascimento and Mekhontsev will meet Thai fighter Jaritram Atthaporn.

In a featherweight battle of ex-beltholders, Japan's Akifumi Shimoda will meet Marvin Sonsona of the Philippines, while Hong Kong junior bantamweight Rex Tso will take on Japan's Mako Matuyama.