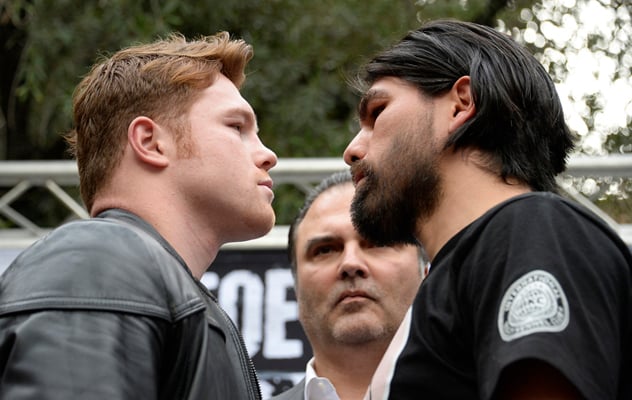 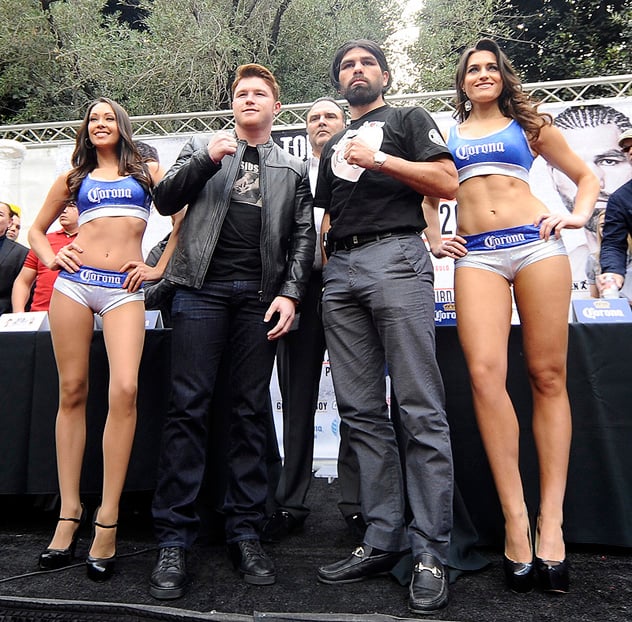 Alfredo Angulo said he has been sparing with Amir Khan in preparation for his March 8 junior middleweight bout with Canelo Alvarez under the guidance of their mutual trainer Virgil Hunter at Hunter's training facility in Hayward, Calif., for nearly the past month.

Angulo (22-3, 18 knockouts) will face his Mexican countryman Alvarez (42-1-1, 30 KOs) on Showtime Pay Per View at the MGM Grand in Las Vegas, site of Alvarez's first career loss to Floyd Mayweather Jr. in September.

A 27-year-old former 140-pound titleholder, Khan (28-3, 19 KO) is a candidate for a May 3 bout against Mayweather, having claimed that he already has signed his contract for the bout.

In his last bout in June, Angulo scored two knockdowns during a brutal and dramatic 10th-round stoppage loss to Erislandy Lara. Angulo told RingTV.com during this Q&A that Khan's speed and mobility are helping him in advance of the fight with Alvarez.

RingTV.com: How was today's workout session?

Alfredo Angulo: Well, Andre Ward wasn't there today, but I am pretty sure that Virgil was very happy with the work that I put in today. I believe that to be so.

RingTV.com: Has the atmosphere included Ward and Khan?

Angulo: Most of the sparring has been with Amir Khan. I believe that the velocity that Amir fights with is really helping me out with my reflexes through this camp.

The reason for that is because I don't believe that Canelo can be faster than Amir. I've also been working a lot with DonYil Livingston and getting a lot of hard work in with him.

Tony Hirsch is another sparring partner who has been working with me. He has been an integral part of the training camp as well.

RingTV.com: How many times in terms of days and rounds have you worked with Khan?

Angulo: I've been sparring with Amir Khan virtually every day through this whole camp on all of the sparring days, and we're boxing about three or four rounds each day.

I didn't work with Amir last week because he was out of town but he's been my sparring partner pretty much every day that I've sparred through this camp, and that's been for about a month.

RingTV.com: What do you think Khan is getting out of this, given that his next opponent could be Mayweather?

Angulo: Well, my style is not like Mayweather's, and I have a little more strength and siz than Amir. But I believe that I'm giving Amir good lessons in terms of the pressure, which is helping Amir with his defense.

RingTV.com: Given Khan's speed and footwork, will that enable you to improve on the footwork you displayed against Lara in terms of cutting off the ring?

Angulo: I think so, but I will be more able to answer that on March 8.

RingTV.com: Do you expect Alvarez to box, stand his ground, or a mixture of both?

Angulo: I would be lying to you if I said that I knew what Canelo was going to do in the ring on March 8 because I won't truly know until I get into the ring and see what he does.

Whether he's the boxer in there or if he wants to stand in with me in there, I'll be ready for whatever he does.