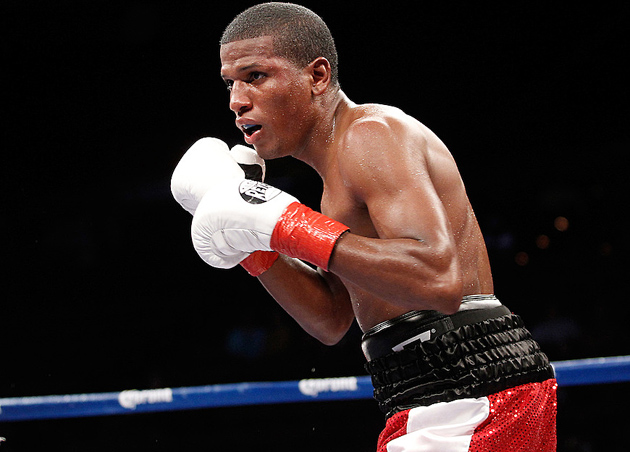 John Nater has replaced Steve Forbes as the opponent for Fidel Maldonado Jr. in a 10-round welterweight bout Feb. 10 in San Antonio on Fox Sports 1, it was announced Friday.

Forbes, a 130-pound titleholder back in 2000-01, was pulled from the bout because he failed a pre-fight medical exam. No further details on Forbes' condition were immediately available.

Nater (13-4, 10 knockouts), a 23-year-old Puerto Rican, is 3-4 in his last seven bouts but is coming off consecutive first-round knockouts.

Opening the televised portion of the card is a 10-round junior middleweight bout between unbeaten prospect Julian Williams (14-0-1, 8 KOs) and well-traveled vetean Alex Bunema (31-10-2, 17 KOs).