Marco Huck returns on May 3 in Germany 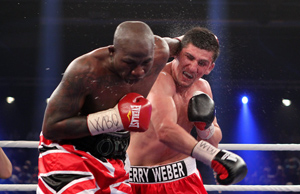 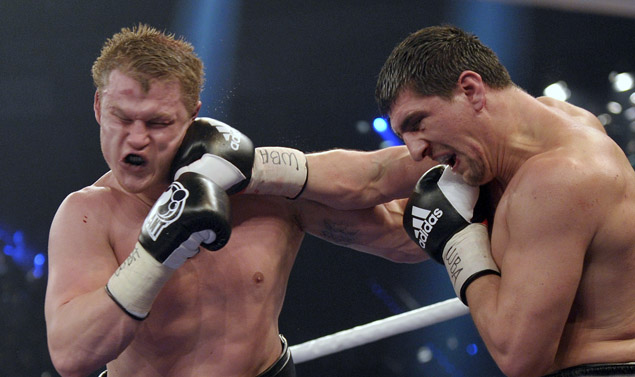 Cruiserweight titleholder Marco Huck will make the 13th defense of his WBO belt against an opponent to be determined on May 3 in Germany, Sauerland Events announced on Friday.

Huck (37-2-1, 26 knockouts) was last in the ring in January, when he twice dropped Firat Arslan on the way to a sixth-round stoppage in a rematch of Huck’s unanimous-decision victory in November 2012.

"I am excited to have my next bout in Ludwigsburg," said Huck, 29. "The atmosphere at the Arslan fight was off the charts, and I expect nothing less come May 3."

Huck can establish a cruiserweight record for consecutive defenses with a win in May, having earned his belt with a unanimous decision over Victor Emilio Ramirez in August 2009.

The current record holder is ex-WBO titleholder Johnny Nelson, who won the belt with a fifth-round stoppage of Carl Thompson in March 1999 and defended it 12 times, retiring after a split-decision win over Vincenzo Cantatore in November 2005.

"It is giving me a vital kick," said Huck. "I am still dreaming to step up to heavyweight, to be honest. But to achieve this milestone would definitely mean something special to me."

"Marco did show in his rematch with Firat Arslan that he is not only one of the best cruiserweights in the world, but a great showman," said Kalle Sauerland.

"As Marco entered the arena, he was booed by about 90 percent of the crowd, and when he left, everyone was cheering him. Only a fighter like Marco Huck can do this, and on May 3, we will witness it again."