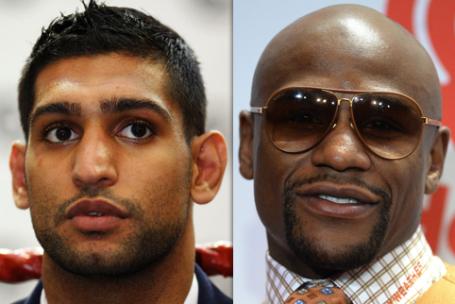 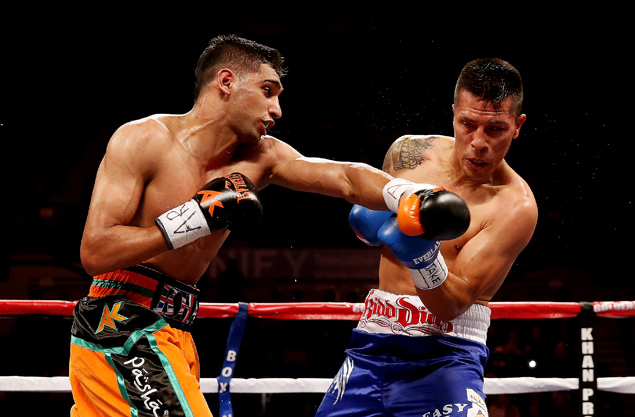 Tired of waiting for Floyd Mayweather Jr. to announce whether he or Marcos Maidana will be the next opponent for the pound-for-pound king on May 3 at The MGM Grand in Las Vegas, a frustrated Amir Khan has gone on the offensive on his Twitter account.

"Mayweather says he needs a easy fight and fans want to see a knock out," wrote Khan, who unanimously decisioned Maidana in December 2010. "So maybe that's the reason he doesn't want fight me n wants Maidana??"

Mayweather, who turns 37 on Feb. 24, recently stated on his own Twitter account that he will allow his fans to decide between Maidana and Khan, the latter of whom it is widely speculated that Mayweather already has selected.

In December, Khan stated publicly that he had signed his contract to fight Mayweather. Maidana could be in line for a rematch with Adrien Broner. Maidana dethroned Broner as WBA 147-pound titleholder by unanimous decision in December.

Meanwhile, Khan, a 27-year-old native of Bolton, England, would be looking for his third straight victory in as many fights under trainer Virgil Hunter, who replaced Freddie Roach after Khan was knocked out by Danny Garcia last July. Prior to facing Garcia, Khan had lost a disputed split-decision to current IBF 140-pound beltholder Lamont Peterson in December of 2011.

Khan has been victorious, however, in his past two bouts, a 10th-round stoppage of Carlos Molina (a California-based lightweight prospect who is not to be confused with the IBF junior middleweight titleholder of the same name) in December of 2012 and close up-from-the-canvas unanimous decision over former lightweight titleholder Julio Diaz last April.

But in addition to his loss to Garcia, and the fact that he was dropped and badly hurt by Diaz, Khan has endured lingering questions about his chin as a result of a first-round KO loss to Breidis Prescott in 2008.

Hunter, however, believes that Khan "can shock" Mayweather.

"For those that hate me & think FM can KO me," wrote Khan, "then let's see him try. Fight me! #SkillvSkill SpeedvSpeed."