Luis Collazo is back: Weekend Review 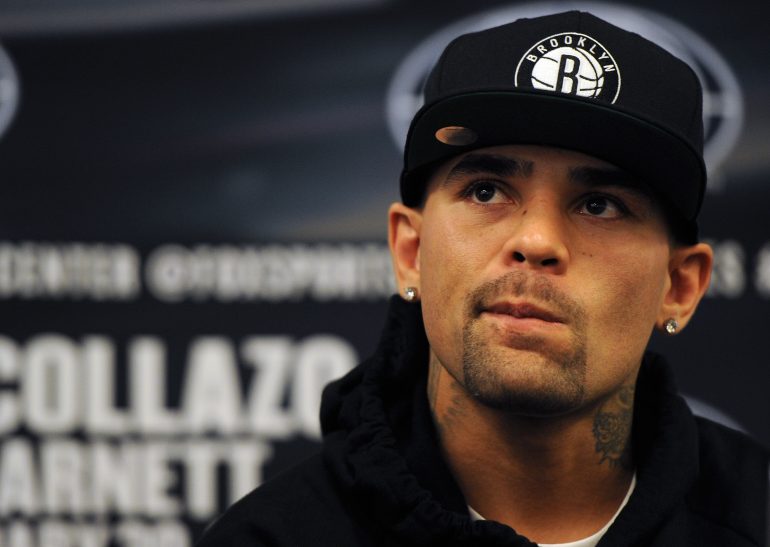 Luis Collazo: No one who has followed Collazo’s career was shocked when he defeated Victor Ortiz on Thursday night in Brooklyn, N.Y., although no one would’ve predicted a one-punch knockout so early in the fight. Collazo (35-5, 18 knockouts) is a former WBA welterweight titleholder and gave Ricky Hatton and Andre Berto hell in controversial losses. He’s a very good fighter. The problem was that he took long breaks from sport, the result of boxing politics and other factors. He fell off the radar. Well, he’s back on it now. He won three fights against marginal opponents to set up a showdown with Ortiz, one many thought Collazo would lose. As we know, a perfect right hook ended Ortiz’s night 2:59 into the second round and instantly lifted Collazo back into the mix at 147 pounds. Golden Boy Promotions CEO Richard Schaefer said he likes a matchup between Collazo and Keith Thurman, which would be intriguing. And, of course, Collazo would like to fight Floyd Mayweather Jr. After his performance on Saturday, anything is possible.

Victor Ortiz: Ortiz (29-5-2, 22 KOs) had the proper reaction after his loss on Saturday. In so many words, he said: “S— happens.” True. At the same time, Ortiz has now lost his last three fights – to Mayweather (who knocked him out when he let his guard down in a moment of confusion), Josesito Lopez (because of a broken jaw) and now Collazo. And he hadn’t fought in 19 months before Saturday night. That was a disastrous comeback fight. Plus, Ortiz isn’t known for his mental toughness, a quality he’ll need if he hopes to become a major player in the sport again. He fought impatiently, even wildly in one-plus rounds against Collazo. That doesn’t prove anything but might be another sign that he doesn’t have the temperament to succeed consistently at the highest level of the sport. That said, he’s only 27. And he sounds determined not to allow another setback – even one this significant – to destroy his boxing career. And determined fighters, particularly ones with as much talent and fire as Ortiz, can surprise people. Time will tell.

Another Gennady Golovkin KO: Golovkin (29-0, 26 KOs) did what was expected of him when he stopped overmatched Osumanu Adama (22-4, 16 KOs) on Saturday in Monte Carlo, the latest stop in Golovkin’s efforts to become an international star. It was Golovkin’s 16th consecutive knockout. Adama gave the Kazakhstani some difficulty at times with his long reach and was courageous but couldn’t stand up to Golovkin’s all-around ability – literally. He went down three times. Now what? We’re still waiting for Golovkin’s coming out party against a notable opponent. He’d like to face Sergio Martinez or Floyd Mayweather Jr. The problem is that they most likely don’t want to face him. That could leave either Andy Lee or James Kirkland for his next fight, which is scheduled for April in New York City. A Golovkin-Kirkland matchup might not be the supreme test we seek for Golovkin but it sure would be fun to watch. No one else in boxing attacks with the intensity of Kirkland, which against Golovkin probably means he wouldn’t survive long. Great matchup for Golovkin and the fans; not so great for Kirkland, who could become a money-maker if he were matched carefully.

Our prayers go out to the loved ones of boxer Oscar Gonzalez, who has died following his 10th-round knockout loss Jesus Galicia on Saturday night in Mexico City. Gonzalez was 23. … I don’t want to make any sweeping statements after Gary Russell’s fourth-round knockout of Miguel Tamayo on the Collazo-Ortiz card because Tamayo (15-8-2, 13 KOs) isn’t a significant test. Still, I sense every time I watch Russell (24-0, 14 KOs) fight that he might have as much natural talent as anyone in the sport. He is an excellent boxer, his quickness is breathtaking and he has one-punch knockout power. Who else has that set of tools? I – and everyone else who is curious about his future – want to see him against a world-class opponent, which is long overdue. Only then will we know whether he’s as good as he appears to be. …  Eddie Gomez (16-0, 10 KOs) looked sharp in his decision over fellow prospect Daquan Arnett (11-1, 7 KOs) on the Collazo-Ortiz card.  The Bronx product seems to have the tools required to succeed, boxing ability, athleticism and a fighting spirit. I was most impressed with his patience and poise in picking the talented Arnett apart, although I could’ve done with a little less clowning on Gomez’s part.