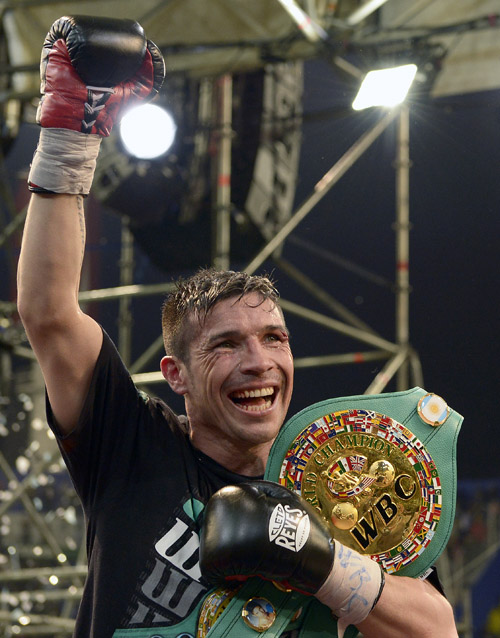 Sergio Martinez's advisor tells RingTV.com that the middleweight champion has agreed to terms for a June 7 defense against Miguel Cotto at Madison Square Garden.

Now the Argentine fighter awaits Cotto's decision to do the same.

"There are no issues on the side of Martinez. From our side, everything is ready," said Martinez's advisor Sampson Lewkowicz in a phone interview Tuesday night. "All that was on the table, and all of the doubts. … Now we're waiting for the decision of Miguel Cotto."

It appears that an announcement of their 160-pound clash could be imminent, given comments from Cotto during an interview earlier this momth with ESPN.

"Just a couple of issues, the most important ones," said Cotto (38-4, 31 knockouts), who is coming off a third-round knockout of Delvin Rodriguez in October. "We had a good meeting last weekend in New York. We're just hoping that we can sit again and finish all of these things for the fight."

Cotto has fought at junior middleweight since 2010, and will be moving up to the middleweight division for the first time against Martinez (51-2-2, 28 KOs).

"It's 160. It's for the world title. If Cotto wants to fight for the world title, then that's what it [the weight] is," said Lewkowicz, in response to the notion of a catchweight. "Now, it's in the hands of Cotto. Sergio is very happy, he will not take any interview until everything is done."