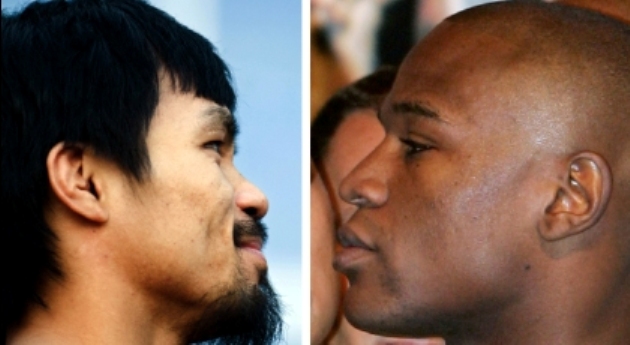 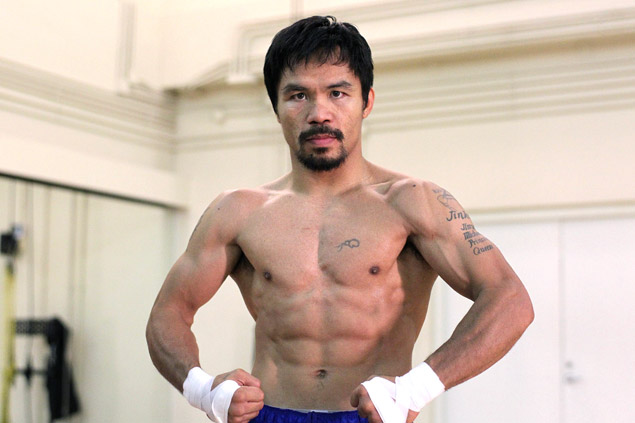 Manny Pacquiao's  adviser insists that the eight-division titlewinner was "dead serious" about fighting Floyd Mayweather Jr. in a charity match "for the love of boxing" from which neither boxer would earn a cent.

In response to Mayweather's calling him "a desperate dog"  who is chasing a megabout due to his tax problems, Pacquiao challenged Mayweather to be "a real man," to "fight me," and to "do it not for the sake of money."

"The fact that Floyd made the comment a few weeks ago that we're like an old dog chasing a bone and we need the money and that's why we want to fight him, that's totally not true," said Michael Koncz, Pacquiao's advisor.

"The fight would mean history, and Manny wants the fight with Floyd, and if that's what the fans want, then that's No. 1. No. 2, I don't believe that its ever been done before where the entire purse has been given away to charity in a fight of this magnitude. Manny is dead serious about that, and he's willing to do it."

In the meantime, Pacquiao is close to finalizing a deal with Top Rank CEO Bob Arum for an April 12 rematch with WBO 147-pound beltholder Timothy Bradley, to whom he lost by split-decision in June. After falling to Bradley, Pacquiao dropped December's sixth-round knockout to Juan Manuel] Marquez, against whom he is 2-1-1.

Arum told RingTV.com in an earlier interview that the deal for Pacquiao to face Bradley could be announced as early as Friday. Arum also informed RingTV.com's Tim Smith that press conferences are slated for Feb. 4 in Los Angeles and Feb. 5 in New York.

Mayweather was last in the ring in September, when he dethroned Canelo Alvarez  by majority decision for the RING and WBC 154-pound championships. Mayweather still is considering the opponent he will fight next on May 3 at the MGM Grand in Las Vegas amid wide speculation that he will face  England's Amir Khan.

"I spoke to Manny tonight and he said 'with both of us being wealthy, it's our turn to pay back the people and to give to the less fortunate.' That's a quote from Manny. This is a statement that Manny has made that's sincere," said Koncz.

"Everybody that knows Manny knows that he does tremendous humanitarian work, and that he's always helping the less fortunate. The drug testing is not an issue. There is nobody getting paid. The promoters would be allowed to withdraw their expenses, and the purses would go to legitimate charities."

LAMONT PETERSON: 'IT WAS PRETTY COOL TO MEET DIERRY JEAN' 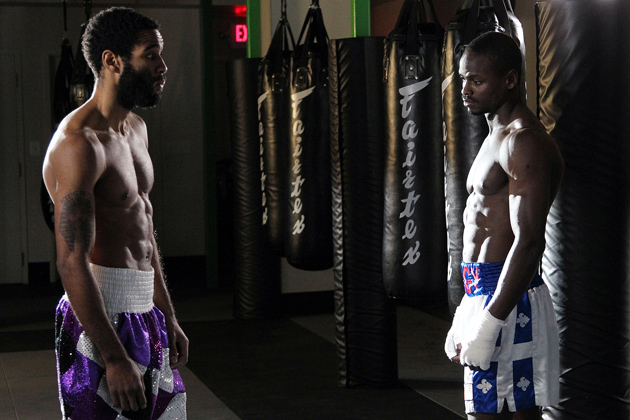 Although junior welterweights Lamont Peterson and Dierry Jean have vowed to inflict bodily harm upon one another when they clash for Peterson's IBF belt on Saturday, they were cordial during a recent photo shoot in advance of their Showtime-televised bout.

"It was pretty cool to meet Dierry Jean for the first time today at the Showtime shoot. We didn't say anything to each other. No words. We did a faceoff, but that was it," said Peterson (31-2-1, 16 KOs), who turns 30 on Friday.

"I came in when he was here [at the boxing gym], we did our faceoff and then he left. I wasn't expecting to say anything to him, and it's going to be that way. He is small, but kind of the size I thought he would be. Size doesn't mean anything."

A 31-year-old Hatian-born resident of Quebec, Jean (25-0, 17 KOs) is undeterred by the prospect of facing Peterson before the latter's home town fans at the D.C. Armory in Washington, D.C.

"We are doing everything the way we should be as if we are home. We are not here as tourists. We are here to get the job done, to take that belt and go back home with it," said Jean.

"But we love Washington, D.C. It is a nice city. People here are very hospitable. Look, I am here on a mission to bring that belt back. And having met Lamont, nothing changes."

After having spent his training camp in Puerto Rico, Rosado said he was unaffected by the recent snow storm that blanketed the Maryland-Washington, D.C. area.

"It was 90 degrees in Puerto Rico, but I am used to this weather," said Rosado. "I left Philly a few weeks ago during a blizzard because it was interfering with my training. I couldn't put my roadwork in so I went to Puerto Rico for the last couple weeks of camp."

Charlo will fight in D.C. for the first time.

"Fighting in D.C. is an awesome feeling because I feel like I am fighting in front of President [Barack] Obama in our Nation's Capitol," said Charlo, 23. "It's a great experience, and I am enjoying every little bit so far.  I am happy to be welcomed to this city, and the weather is not affecting me.  I am here to put on a show and be victorious on Saturday."

Before losing to Golovkin, Stevens registered a stoppage of Saul Roman in August that represented his third first-round knockout during a run of four straight wins.

"Come Friday, it is my road to redemption," said Stevens. "I just have to go in there and not think so much and let my hands go. Friday starts my way back to the top of the elite in the middleweight division."

In Durodola, Mchunu faces a fighter who is after his ninth straight knockout win.

"I am ready to go," said Mchunu, whose only loss was by sixth-round knockout to Zack Mwekassa  in September of 2011. "My opponent has quite a good record and I hope he is ready for what I am going to bring for him.  I hope to put on a good show on Friday night."