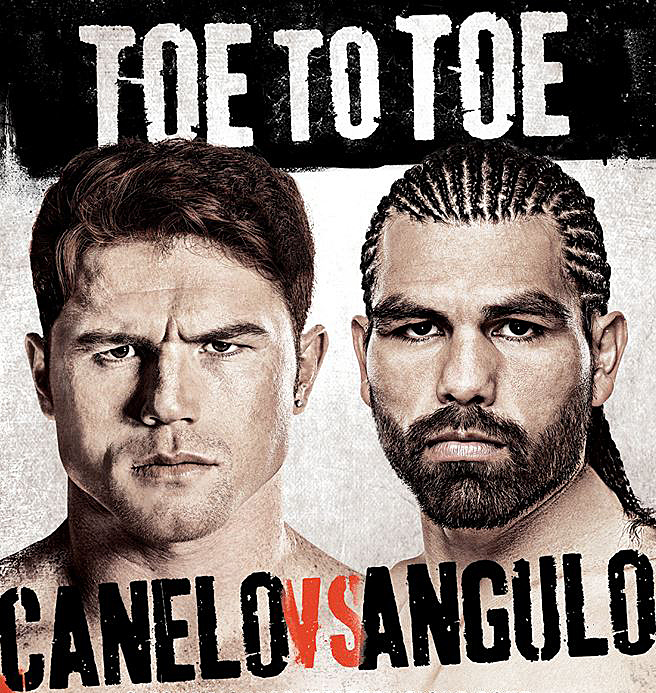 Although Alfredo Angulo vows to be the biggest, strongest and hardest-punching rival Canelo Alvarez will have faced in their all-Mexican clash on March 8, Alvarez claims to have known exactly what he was getting into when he selected Angulo as his opponent.

"The reason why I chose him is that we made a decision that he was the best style for me," said Alvarez (42-1-1, 30 KOs), who will face Angulo at the MGM Grand in Las Vegas, where Alvarez was dethroned as RING and WBC 154-pound champ following September's majority decision loss to  Floyd Mayweather Jr.  "Angulo's a very strong fighter, he comes forward, he makes good fights and I feel that this was the best fight for the fight fans."

Angulo contends that "in size and in weight and power, I'm a real 154-pounder," adding, "I believe that I'm the first one in this weight class with that combination to be facing Canelo."

Other than left-hander Austin Trout, whom Alvarez dropped in the seventh-round of a unanimous decision victory in April, Alvarez's resume had been questioned as largely consisting of undersized competition such as Josesito Lopez and Alfonso Gomez, and for including past-their-prime or over-the-hill fighters such as former welterweight beltholders Shane Mosley, Carlos Baldomir, and Kermit Cintron.

"Without a doubt, this is going to be a tough fight. Some of the things that Alfredo possesses, size, weight, power, yes, that's correct, but I also have power, " said Alvarez, 23, who knocked out Lopez, Gomez, Baldomir and Cintron, and unanimously decisioned Mosley.

Meanwhile, Angulo's loss to Lara ended a two-bout winning streak for Angulo since being knocked out by James Kirkland in November of 2011. Angulo rode a streak of five straight knockout victories into his clash with Kirkland, his only loss at the time being a unanimous decision favoring Cintron in May of 2009.

"It's going to be an interesting fight because everybody knows my style, and everybody knows how I fight. I'm always in very, very good fights. My pro record proves that," said Angulo. "I always give 100 percent of me. It's going to be a very interesting fight because he's trying to come back from his first loss, and I just feel that it's the right time for this fight."

Angulo will face Alvarez in his fourth fight under former Trainer of the Year Virgil Hunter, who is most known for guiding the career of RING super middleweight champion Andre Ward, a 2004 Olympic gold medalist who was named Fighter of The Year for 2011 by the Boxing Writers’ Association of America.

"Obviously Saul is a good fighter, and this is a fight that I wanted," said Angulo. "I think that on March 8, we will see who is going to remain as the top guy in Mexico, representing Mexico as the top guy in this weight class."

Will fans support him against Angulo? Alvarez believes that they will.

On the regular Showtime network preceding the pay per view card, there will be a lightweight fight between two-division beltholder Jorge Linares  (35-3, 23 KOs) and Japanese contender Nihito Arakawa (24-3-1, 16 KOs).