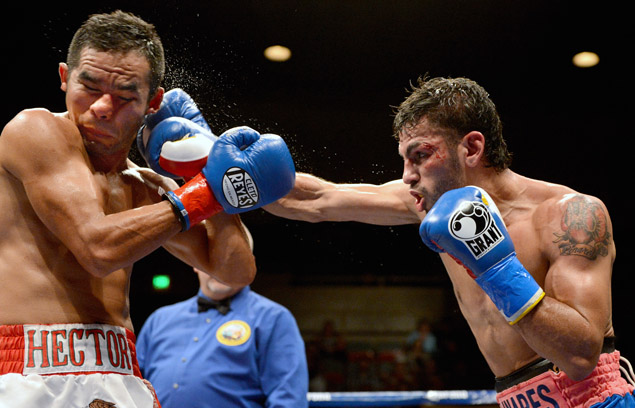 Linares-Arakawa will be shown on regular Showtime as a pre-view to the pay per view.

"That will part of pay per view pre-show airing on Showtime, as well as with our distributors in a number of other places which will start at 5:00 p.m. Pacific Time, and 8:00 p.m. Eastern Time," said Stephen Espinoza, executive vice president and general manager, Showtime Sports.

"It's a one-hour pre-show which will include the usual Showtime pre-show analysis features as well as the Linares-Arakawa fight, which we expect to be some amazing action. The pay per view will start an hour later at 6 p.m. Pacific and 9 p.m. Eastern."

In a show being billed as "Toe-To-Toe," Alvarez (42-1-1, 30 knockouts) is coming off the majority decision loss on Showtime Pay Per View to Floyd Mayweather Jr.  in September, and Angulo (22-3, 18 KOs) scored two knockdowns during June's exciting 10th-round stoppage loss to Erislandy Lara.

Before all of that action, however, Linares (35-3, 23 KOs) will face Arakawa (24-3-1, 16 KOs), the latter of whom rose from the canvas during a brutal unanimous decision loss to Figueroa in July.