Jose Sulaiman, president of the WBC, dies at 82 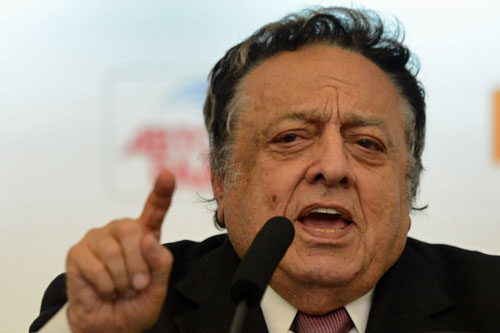 Jose Sulaiman, the powerful president of the Mexico-based World Boxing Council, died Thursday in Los Angeles, according to numerous reports. He was 82.

Sulaiman had been hospitalized recently because of a heart condition but no cause of death has been announced.

He had served as president of his sanctioning body for almost 40 years, during which time he became one of the most powerful figures in the sport. He was inducted into the International Boxing Hall of Fame in 2007.