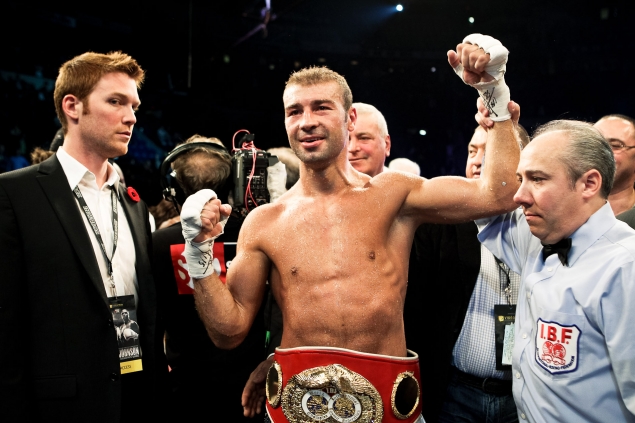 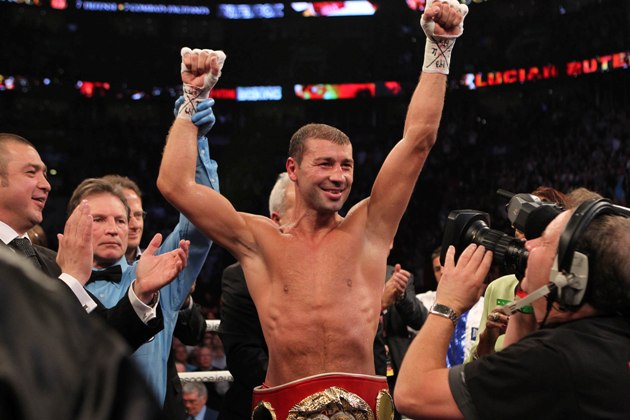 Lucian Bute  was "not surprised" when informed of the results of RingTV.com's poll in which 21 of 22 insiders picked former light heavyweight champ Jean Pascal to beat him in Saturday's 175-pound bout at Bell Centre in Montreal on HBO.

HBO's Jim Lampley called Pascal (28-2-1, 17 knockouts) "the betting favorite" to defeat the Bute (31-1, 24 KOs), who is coming off a unanimous-decision victory over previously unbeaten light heavyweight Denis Grachev in November which followed a fifth-round knockout loss to Carl Froch that cost him his IBF 168-pound belt in May of 2012.

Click here for a video of Wednesday's final press conference.

"I'm not surprised. If you look at our records, you can see that he's been having some good fights. I failed against Carl Froch, so I'm not surprised," said Bute, whose subsequent left hand injury forced the postponement of the Pascal bout.

"This is a hard fight, and we all know that, but Lucian can handle him and we know that, too," said trainer Stephan LaRouche, who served as the translator for Bute.

Underdog or not, Bute agrees with his trainer, saying that he has put the loss to Froch behind him in order to focus on Pascal.

"I don't have to listen to anyone else. I know what I need to do in this fight. I don't have any prediction in this fight, but I know that if I fight the fight that I'm supposed to, at the end of the fight, my hands are going to be raised in the air."