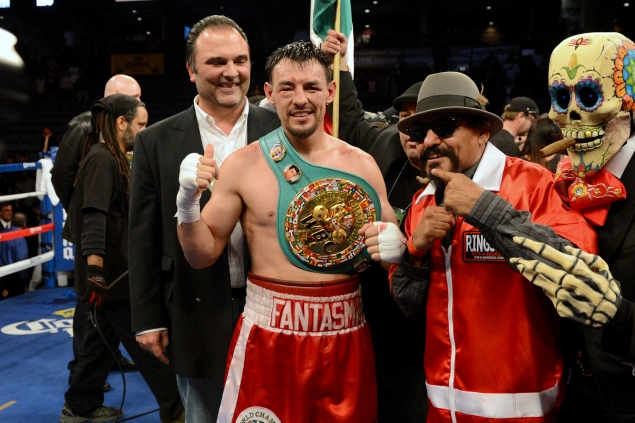 Golden Boy Promotions CEO Richard Schaefer has informed RingTV.com that the California State Athletic Commission has declined to hear the case of Robert Guerrero, directing the welterweight contender and Golden Boy to resolve their contractual issues in New York.

Guerrero had been seeking separation from Golden Boy through arbitration with the CSAC. However, Schaefer insisted that the promotional company's agreement with Guerrero remains valid and that the contract is out of California jusidiction.

The CSAC's directive supports Schaefer's contention that the California commission can not make a ruling because Guerrero's contract "was not signed under California law" but "under New York law."

In its notification addressed to Schaefer and Guerrero's attorney, Bruce Zabarauskas, the CSAC's letter asserts that "the parties agree to be governed by the laws of the state of New York" and "without making any expressed or implied fidings" directing Golden Boy and Guerrero to "resolve their differences in New York."

"The fight's just starting," said Zabarauskas, during a brief telephone conversation with RingTV.com.

When last in the ring last May, Guerrero (31-2-1, 18 knockouts) earned a career-high $3 million for his unanimous decision loss to RING welterweight champion Floyd Mayweather Jr.

A former featherweight and junior lightweight titleholder, Guerrero entered the bout with Mayweather following consecutive unanimous decision victories over Selcuk Aydin in his 147-pound debut in July of 2012 and former titleholder Andre Berto in November of 2012.

Guerrero turned down a fight with promotional stablemate Keith “One Time” Thurman, whom Schaefer wanted to match him against as early as last Nov. 2.