Daughter inspires Alfredo Angulo to be ready for Canelo Alvarez 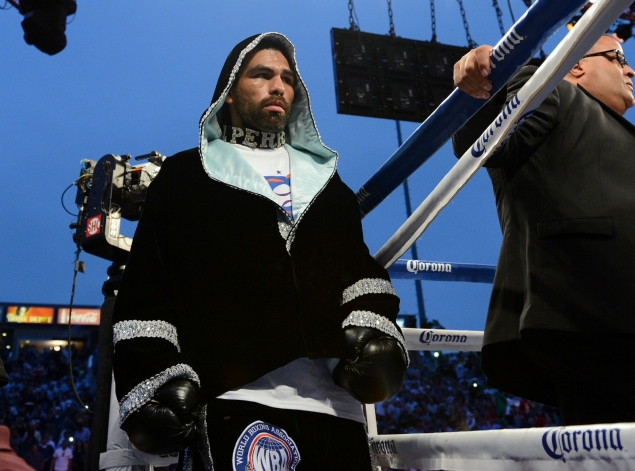 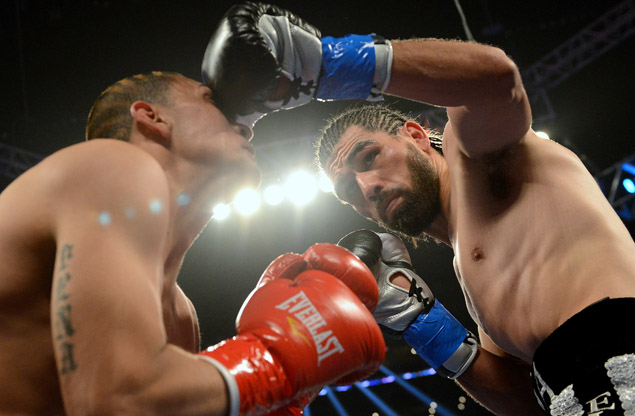 Before leaving to start his training camp earlier this month in advance of his March 8 junior middleweight bout against  Canelo Alvarez, Alfredo Angulo had to have another one of those long talks with his 8-year-old daughter, Rebecca, whose name adorns his boxing trunks when he fights.

"I had to have a conversation with her the day before I left and on the day that I was leaving to let her know that I wouldn't be too long. I let her know what it meant and what I was doing," said Angulo, 31, who left his daughter in Los Angeles to begin preparing with trainer Virgil Hunter  in Hayward, Calif.

"I usually have her Monday through Friday, but during the camp, I won't have her at all. That's what being a father means, is doing the right thing for your child. My career is most important in providing for my daughter, and I'm always with her, usually. That's why training here is so hard, because I have to be away from her."

Angulo felt the pain of being separated from Rebecca during an eight-month stay at the El Centro Detention Center before being released in in August of 2012.

Angulo had been retained in the facility, located just under 14 miles from the U.S.-Mexico border, for having “overstayed his U.S. visa,” according to his manager and counsel, Michael Miller.

"Like any father, I would do anything for my child, and that's what it took. I just want her to know that I love her, and that's the most important thing," said Angulo.

"You just have to imagine her being like me, exactly, except that she's smaller and she's a female. Same personality. I adore her and I always want to make sure that she knows that. That's what I want for her."

It is behind the motivation for Rebecca, as well as his supporters, that Angulo (22-3, 18 knockouts) will try to inflict bodily harm upon his Mexican countryman Alvarez (42-1-1, 30 KOs) at the MGM, site of Alvarez's first career loss to Floyd Mayweather Jr. in September.

"She's seen me sparring when I'm in protective gear, but I'm not sure that she really understands the gravity of it other than I have to train hard. The dedication and the effort is most important for me, because that's what I have to do to get through this," said Angulo, who scored two knockdowns during a brutal and dramatic 10th-round stoppage loss to Erislandy Lara in his last fight in June.

"I have so many fans, not only at home in Mexico, but also here in the United States who are looking at me. I work hard for them. I put in my effort for them because I want to show them that, no matter what, even if you fall down that you can get up again and keep going and that you can still make it. It's always about getting up again and going on and still making it."

Until he feels that Rebecca is ready, Angulo will continue to shield her from the sheer violence of his sport, as he did in concealing his badly swollen left eye as long as he could.

"She never really knew anything about my eye, because she wasn't around me when it was really badly swollen," said Angulo. "I don't want her to watch on television since she has been able to understand what happens in fights, and I don't take her to the fights. But she knows what my work is, and she always tells me that I have to train hard."