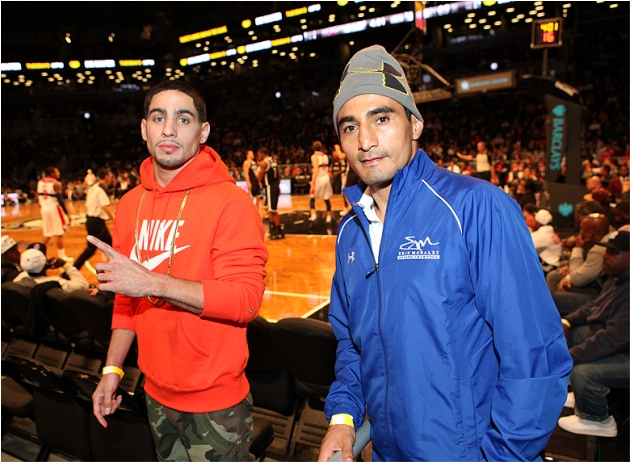 Erik Morales will end a 17-month ring absence against Jorge Paez Jr. in a welterweight bout on March 22 at Arena Monterrey in Monterrey, Mexico, according to Sean Gibbons of Zanfer Promotions.

Morales (52-9, 36 knockouts), a 37-year-old former four-division titleholder who has lost three of his past four fights, was last in the ring in October of 2012 for a fourth-round knockout loss to RING junior welterweight champion Danny Garcia.

Paez (37-4-1, 22 KOs), the 26-year-old son of the popular former featherweight beltholder, has won 10 straight fights, five of them by stoppage, since losing split decision to Jose Lopez in May of 2001.

Morales-Paez will be contested at a contracted weight of 144 pounds.

Morales had blamed his first loss to Garcia, a unanimous decision in March of 2012, during which he was dropped in the 11th round, on gall bladder surgery that he endured in December of 2011.

As a result of the surgery, Morales had withdrawn from his originally scheduled match up with Garcia that was slated for January of 2012 and came in overweight for their return bout at 142 pounds.

Prior to the loss to Garcia Morales became Mexico’s first fighter to win four belts over as many different weight classes with last September’s 10th-round TKO over the previously unbeaten Pablo Cesar Cano.