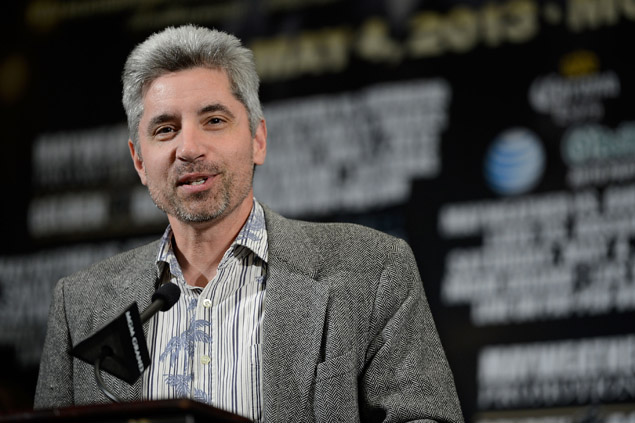 Keith Kizer has confirmed to RingTV.com his resignation on Friday after nearly eight years as the executive director of the Nevada State Athletic Commission (NSAC) to return to the Nevada Attorney General’s office, which he said he left to begin serving as the replacement for long time NSAC head Marc Ratner on June 1 of 2006.

"I'm an attorney by trade. That's where I came from, and that's what I'm going back to," said Kizer, who turns 48 in July. "I actually applied for an attorney's job in the recent past and that didn't pan out. One of the things that I wanted to return to and to go back to was to the attorney general's office, and they have a position open now. So when the position became open, they offered, and I'm very excited for that. That's where I came from, and so I get to go back to being an attorney, so that's cool.

"It's a good time for the commission. It's the New Year, they have a new chairman, no fights this month at all, it won't be until February where we'll start to hit it quick and hard again, which will be just in time for a new person to come in, and then, it can go from there. So it's a positive thing. I have a good relationship with all five of the commissioners, I think very highly of them and they have a great staff and great officials. I've done my time. I came over, they asked me to be the with the commission for over five years, and I made it until almost eight. So this is a good time."

Kizer said he will continue in his role "for two more weeks" until until Jan. 27.

“The board is grateful to Keith for his nearly eight years of dedicated service," wrote NSAC Chairman Francisco Aguilar, in a prepared statement, "which included the commission’s strongest years with regard to health and safety and fiscal soundness. My fellow commissioners and I wish Keith all the best in his new role."

"I like going to the fights, but there were some months where every Friday and Saturday night, there was something going on, but I don't want it to look as if I'm leaving the job because I didn't like it. I liked the job, but there's something to be said for having some time off. Working 40 hours during the week, plus the weigh-ins and the fights, those can be some very long days. I certainly did like doing what I have done but I wasn't expecting to be doing it into my fifties or my sixties. I'll be 48 very shortly."

Among the recent highlights Kizer enjoyed during his time in office was that which occurred in September of last year, when Floyd Mayweather Jr.'s  unanimous decision over Canelo Alvarez, became the highest-grossing boxing event of all time with $150 million revenue reported, as predicted by Golden Boy CEO Richard Schaefer.  Mayweather-Alvarez, on Showtime Pay Per View, eclipsed the $136 million earned by Mayweather’s 2007 split-decision victory over Oscar De La Hoya.

Kizer was also proud of the implementation of the use of instant replay and the growth of out-of-competition drug testing.

"We had the biggest gate in boxing history, and we had the our biggest UFC gates in history, and one of our biggest fiscal years ever. We added the out-of-competition testing, and we test everybody on the cards," said Kizer. "We got involved with the WADA-accredited [World Anti-Doping Agency] lab in Salt Lake City… Our attorneys had almost 100 successful prosecutions on steroids and drug issues. I'm very pleased with all of that."

Kizer said that a national search is likely for his successor.

"I've got a few more weeks, and they'll come up with someone to kind of fill my job on an interim basis once I officially leave. My assumption is that Chairman Aguilar will probably do a national search and get that in gear," said Kizer. "I'm just going back to being an attorney. I'm there if they need anything from me or if they need any help. If asked for input, then I'll give it. They're very good at what they do and they'll find somebody else, I'm sure."

Meanwhile, Kizer said he won't stray too far from boxing.

"I won't be at every single fight, like I have for the past eight years, but you'll see me at the fights," he said. "I won't have quite as good a seat, but I'll do alright."

"I hope that he has a really fulfilling time in his new position," said Top Rank CEO Bob Arum. "It seems like he's moving on from boxing and mixed martial arts to a very prominent position in the attorney general's office, and I wish him the best of luck."