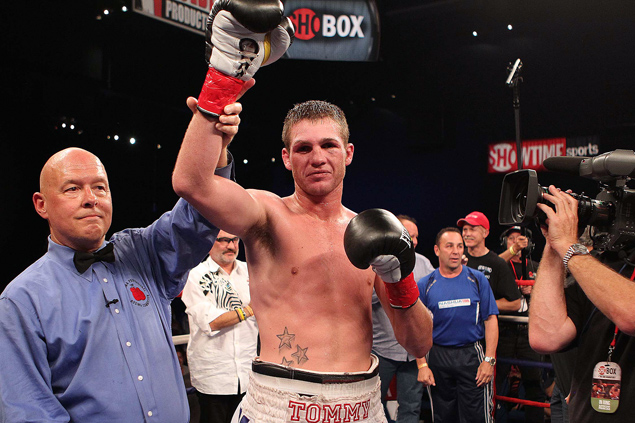 South African light heavyweight Thomas Oosthuizen was injured in a motorcycle accident that will take the southpaw out of a clash with Eleider Alvarez, originally scheduled for the Jan. 18 undercard of the bout between former 175-pound titleholder Jean Pascal and ex-super middleweight beltholder Lucian Bute at Bell Centre in Montreal.

"Apparently he had a motorcycle accident," said event promoter Yvon Michel. "We have received the medical certificate from his doctor saying that he has bruises and lacerations and that he can not fight. So we're going to try to find someone else as a replacement. We're trying to find someone credible enough."

As a result of the incident, Oosthuizen's promoter, Rodney Berman, has announced that he is dropping the fighter, who is coming off November's majority decision over Ezequiel Maderna but was believed to have been overweight prior to the accident.

"He’s done. He’s had so many chances and blown every one," stated Berman on his website. "Golden Gloves is the promoter of champions, of men of credibility, good standing and dignity. Tommy has let us all down. Fighters are meant to be role models, but he’s fallen very short."

In his last fight, in September, Pascal (28-2-1, 17 KOs) came up with a fifth-round knockout of George Blades in a 180-pound catchweight bout, having previously been in action for a unanimous-decision triumph over Aleksy Kuziemski. Before facing Kuziemski, Pascal lost to Bernard Hopkins in May of 2011.