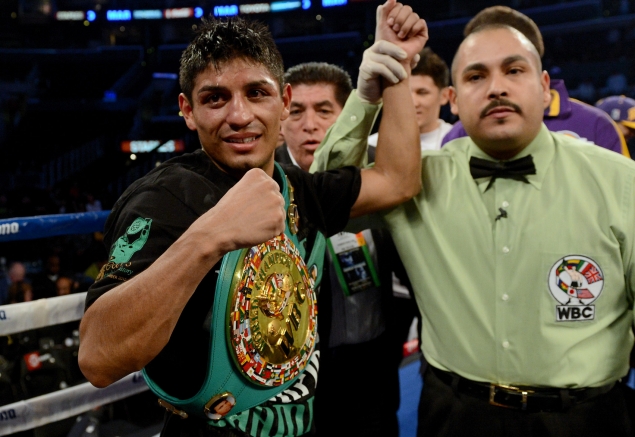 Golden Boy Promotions CEO Richard Schaefer confirmed an earlier report by RingTV.com that a rib injury suffered by three-division titlewinner Abner Mares on Sunday has forced the postponement of his requested Feb. 15 rematch with Jhonny Gonzalez while also dismissing reports that their clash could happen on March 15.

Mares (26-1-1, 14 knockouts) suffered a shocking first-round knockout loss to Gonzalez (55-8, 47 KOs) that dethroned him as WBC featherweight titleholder in August, but was injured while training in Mexico City, according to his manager Frank Espinoza.

Schaefer said he was contacted on Monday by Mares, who had been examined by a doctor.

"I've been told today, after Abner Mares called me, that he suffered a rib injury in sparring this past week. At first, Abner was going to see if he could still go," Schaefer said of the Gonzalez-Mares rematch, which was to headline a Showtime-televised card at Staples Center in Los Angeles.

"But then, he went to see a doctor, and the doctor told him that he should not have any contact for a while. So he can not train for several weeks. Now, what we're going to do now is look at venues and dates and so on. But there is absolutely no date right now and it will certainly not go on March 15. That's definitely a no. So I don't know when it's going to happen. We'll see how Abner's recovery goes and then we'll take it from there."

Mares was THE RING's No. 5-rated pound-for-pound fighter entering the bout with Gonzalez but he was floored twice by the Mexican veteran during the first defense of the belt he won in his 126-pound debut, a ninth-round knockout of Daniel Ponce de Leon.

Mares was similarly injured in June of 2012, when rib damage led to his turning down a proposed clash with rising bantamweight Christian Esquival of Mexico that was intended for August of in Mares' native Guadalajara, Mexico, Mares' manager.

Mares was coming off a unanimous decision over former beltholder Eric Morel in April before his scheduled bout with Esquival was called off.