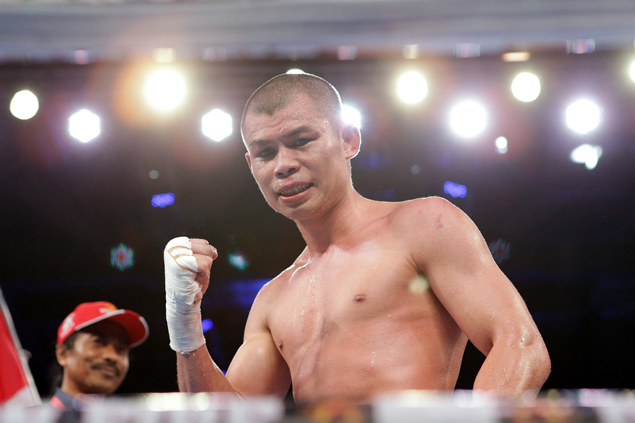 Two weeks removed from losing his WBA featherweight title, Chris John called a media gathering and announced his immediate retirement from the sport.

“Now that I have achieved more than I have ever dreamt of in my career I would like to formally announce my retirement,” John told the assembled press in his native Indonesia.

In his most recent fight against Simphiwe Vetyeka, John was attempting to equal the 126-pound record of 19 tilte defenses held by Eusebio Pedroza, only to fail at the final hurdle. After being dropped at the end of the sixth round, his corner pulled him out of the fight.

“I did my best to attempt to equal the record for title defences but lost,” John said. “That’s boxing. You cannot win all the time.

“Vetyeka is a good boxer and I give him full credit for the win. He deserves it. But I could no longer make the featherweight limit and it was the toughest challenge of my career just to make the weight to be able to defend my title. Since I became a professional in 1998, I have boxed as a featherweight.” 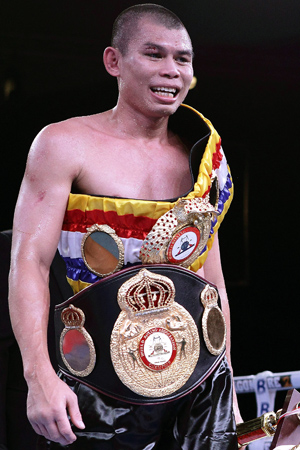 John, who was introduced to boxing at 5 years old, intends to remain in boxing in some capacity.

“I would like to give back to the sport of boxing which has been so good to me and given me and my family a better life,” said the 34-year-old veteran. “And I want to continue to represent Indonesia as best as I can.”

He intends to spend time with his family.

“Most importantly now I will spend time with my wife and children,” John said. “The most important title I have held in my life is ‘father.'”

The WBA’s fighter of the decade exits pro boxing with a record of 48-1-3 with 22 knockouts. He will long be remembered as one of boxing’s most humble people.

He also acknowledged his signature victory over Juan Manuel Marquez

“My most famous victory was against Juan Manuel Marquez,” he said. “This happened in 2006 in Tengarrong. Not many people give me a chance to win this one but all my preparation at Harry’s Gym made this possible.”

Surprisingly, he would say his toughest night’s work took place in the second year of his pro career.

“The hardest fight of my career, and the one that taught me so much so early in my career, was my 12th fight,” he said. “I was 20 years old fighting Muhammad Alfaridzi at the Indosiar Studio in Jakarta in July 1999. It was for the national featherweight title. I was knocked down twice in round one and I had my nose broken in that same round. I had massive bleeding but I would never let this opportunity pass. As my father taught me, success is when opportunity meets preparation and I was well prepared and in the 12th round I knew I had the opportunity for the knokcout and had no option because so much blood was coming from my nose.”

He would fight in several countries including Japan three times, Australia on three occasions, as well as Singapore twice. He also fought twice in America, drawing with Rocky Juarez in 2009 before winning the rematch on the undercard of Floyd Mayweather-Marquez.


Questions and/or comments can be sent to Anson at [email protected]and you can follow him at www.twitter.com/AnsonWainwright