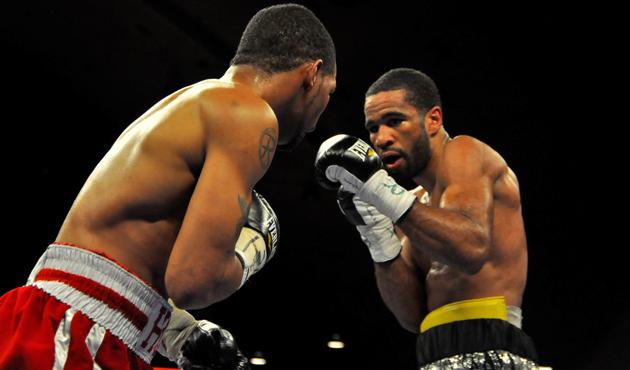 In accordance with an earlier report by RingTV.com, a junior welterweight clash between IBF titleholder Lamont Peterson’s and mandatory challenger Dierry Jean will be supported by a junior middleweight bout featuring Jermell Charlo and two-time 160-pound title challenger Gabriel Rosado on Jan. 25 in Washington, D.C., at the D.C. Armory, Golden CEO Richard Schaefer. announced on Monday.

“The year 2013 was a great year for boxing on Showtime, and this doubleheader shows that we’re ready to deliver even more exciting fights in 2014,” said Schaefer.

“Lamont Peterson is a fan favorite in Washington, D.C., and I give him credit for risking his belt against a tough, unbeaten fighter in Dierry Jean. As for the co-main event, Gabriel Rosado always comes to fight, and he’s going to put Jermell Charlo to the test on Jan. 25.”

Both Peterson and Jean were last in the ring in May, with Peterson (31-2-1, 16 knockouts), of D.C., being stopped in the third round of a non-title bout against Lucas Matthysse, and Jean (25-0, 17 KOs), of Quebec, Canada, scoring a fourth-round TKO over Cleotis Pendarvis.

Peterson is 4-1-1, with three knockout victories since falling by unanimous decision to current WBO 147-pound beltholder Tim Bradley as a 140-pounder in December of 2009.

“This is the perfect way for me to kick off 2014, with a great fight against a tough opponent in my hometown,” said Peterson, who is trained by Barry Hunter. “Fights like these bring out the best in me and I’m going to give my fans a performance to remember on Jan. 25.”

“I’ve waited for a big fight like this against a top-level opponent and now I’ve got it,” said Charlo. “Rosado is a rugged, tough fighter, and with a win over him, I’ll be making a statement to the boxing world that I’m ready for even bigger and better things.”

“I wanted another world title shot after my fight with Peter Quillin, but with that rematch is not happening right now, I want to stay busy and keep sharp until my time comes,” said Rosado. “Charlo’s got talent but he’s not ready to face someone with as much experience as I have. I am ready to go after my recent fight with Quillin.”