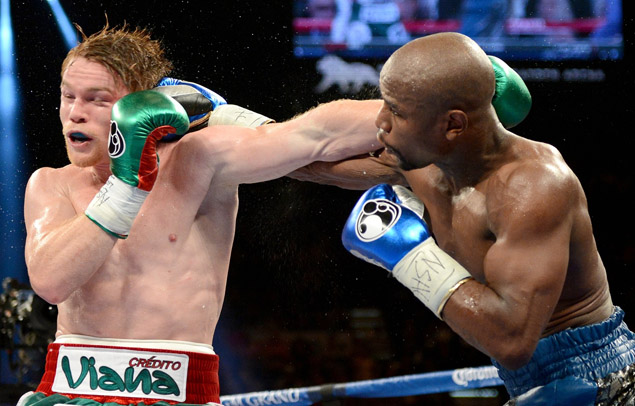 RING No. 1-rated pound-for-pound fighter Floyd Mayweather informed MLive Media Group that he could name his next opponent as early as next week.

Among the early considerations appears to be two-division titlewinner Amir Khan, who will be in Brooklyn, N.Y., this week as a ringside announcer for Saturday’s Showtime-televised 147-pound clash between Paulie Malignaggi and Zab Judah.

In his last fight in September, Mayweather, who turns 37 in February, dethroned Canel Alvarez by majority decision for the RING and WBC 154-pound championships.

Mayweather already was the WBA’s reigning 154-pound titleholder, having earned that belt by unanimous decision over Miguel Cotto in May of 2012. In May of this year, he unanimously decisioned Robert Guerrero in defense of the WBC 147-pound title he had earned by dethroning Victor Ortiz via fourth-round stoppage in September of 2011.