Ring Ratings Update: Gonzalez debuts at No. 1 in flyweight rankings 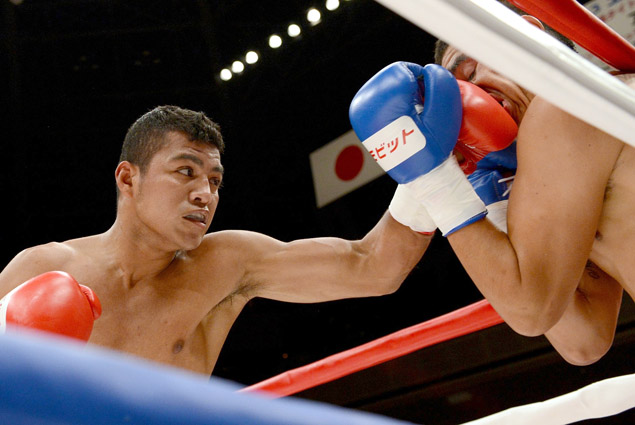 Roman Gonzalez (left) smashes former title challenger Oscar Blanquet’s face with a jab during their flyweight bout on Sunday in Tokyo. Gonzalez, who was previously ranked No. 1 at strawweight and junior flyweight by THE RING, is now the magazine’s top-rated flyweight.

Light heavyweight: Ukrainian veteran Vyacheslav Uzelkov, who lost a bid for the WBA title in 2010, stopped shopworn former American prospect Jaidon Codrington in six. No changes in the 175-pound rankings.

Junior middleweight: Andrade (20-0, 13 knockouts) won a split decision over Vanes Martirosyan, who was No. 5 in the rankings. Martirosyan will drop to No. 7 and IBF beltholder Carlos Molina will move up one spot to No. 5. Zaurbek Baysangurov, who was previously ranked No. 7, has been inactive for a year so he will be dropped from the ratings. Andrade will move from No. 8 to No. 6, and undefeated Jermell Charlo (22-0, 11 KOs) will enter at No. 10. 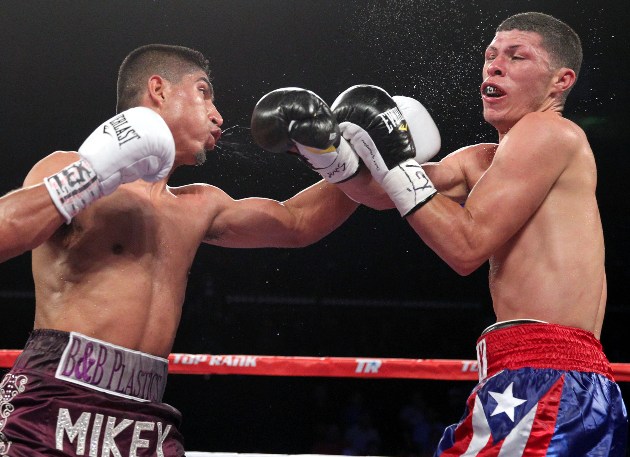 Junior lightweight: Mikey Garcia looked surprised when he was knocked down in the second round by Roman Martinez, but the current RING featherweight champ went on to dominate and stop Martinez in the eighth, winning the Puerto Rican vet’s WBO 130-pound title. No. 8-rated Takahiro Ao stopped Edgar Lomeli in the first round. J.C. Salgado, our No. 7-reated junior lightweight, lost to gatekeeper Miguel Roman in an 11th round stoppage. Salgado will be dropped from the ratings. Garcia will enter at No. 2. Martinez will drop to No. 3.

Featherweight: It was youth over experience when Nonito Donaire (32-2, 21 KOs) stopped Vic Darchinyan in the ninth round. Donaire, who was fighting at 126 pounds for the first time, will enter at No. 10 replacing Hasegawa. Undefeated puncher Nicholas Walters beat Alberto Garza stopping him in four. We’ll keep Walters at No. 8.

Junior featherweight: Donaire’s departure from the 122-pound division caused everyone rated to move up one spot and opened up the space for his former foe Fernando Montiel to enter at No. 10. Darchinyan, who was leading Donaire on two scorecards at the time of his stoppage, moved from No. 5 to No. 4. 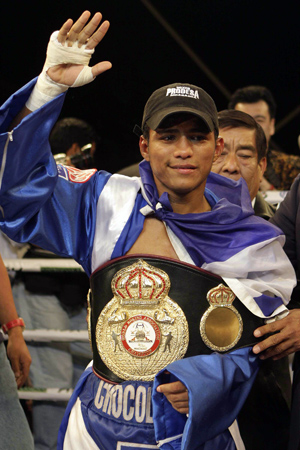 Gonzalez, a dominant former beltholder at 105 and 108 pounds, will enter the 112-pound rankings at No. 1 – moving down previous No. 1-rated Juan Estrada (who he beat by unanimous decision last November at 108 pounds) and dropping everyone else down one spot. Last week’s No. 10, Rocky Fuentes, is pushed out of the rankings.

Jr. Flyweight: With Gonzalez leaving the No. 1 spot, everyone else will move up one place and undefeated Thai standout Paipharob Kokietgym (21-0, 16 KOs) will enter at No. 10.

Chuck Giampa is the Chairman THE RING Ratings Committee. He can be emailed at [email protected]