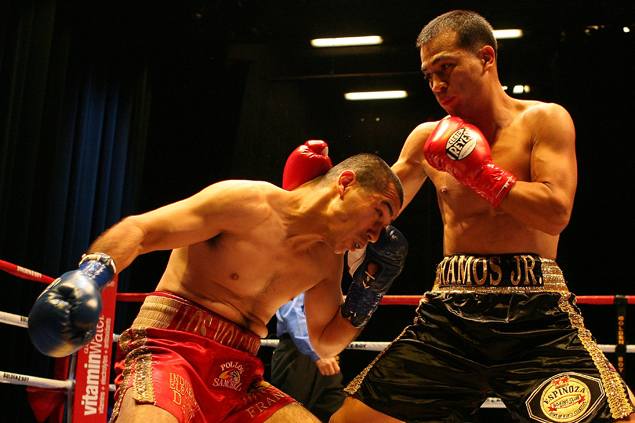 Young and unbeaten boxers often feel an aura of invincibility. Boy, does it shatter when they suffer that first defeat as a pro.

Some fighters never recover from that first loss psychologically, second-guessing themselves when that was never the case before.

Other fighters never realize that skipping a training session here or there or out-of-ring distractions take away the focus and drive a fighter needs before a fight.

Luis Ramos Jr. is a bright and talented fighter who had that ‘0’ taken from him via controversial technical stoppage to 2000 Olympian Ricardo Williams Jr. back in December. The Santa Ana, Calif. native has loved the sport since putting on gloves for the first time as a boy, but that love was not quite there after the Williams fight or during the early part of 2013.

After some soul-searching and some changes to his team, the 25-year-old southpaw wants to make a name in boxing once again. Ramos will take on Fidel Maldonado Jr. tonight in a compelling crossroads bout at the Cowboys Dance Hall in San Antonio. 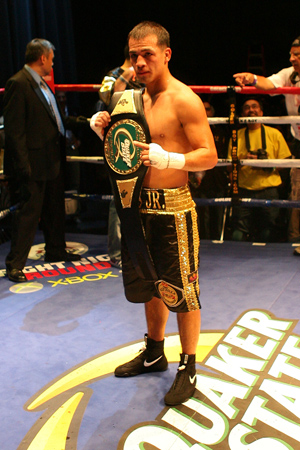 Ramos (23-1, 10 knockouts) was making a name for himself as a prospect in the 135-140 pound division since turning pro in October of 2007. Ramos succeeded against both modest and competitive opposition, winning very close decisions against current top-10 lightweight contender Ray Beltran and rugged gatekeeper Jose Hernandez.

The night of Dec. 8 was no different for Ramos as he faced Williams, a talented Olympic silver medalist who made news outside of the ring with an arrest for narcotic trafficking.

Things started well for Ramos as he dropped Williams in the second round. But Williams was able to get Ramos to stray from his game plan, landing punches repeatedly to the head. The heads of the two southpaws also repeatedly clashed. In the fifth round Ramos sustained gruesome cuts over both eyes, one of which was ruled to be caused by a punch. Ramos and his corner believed both cuts were caused by accidental headbutts but the ringside physician stopped the fight between rounds, and since it could not be proved that both cuts were caused by butts, Ramos lost his first bout by TKO.

Media and boxing fans wondered when Ramos would return to the ring. Ramos admitted boxing was far from his mind, deciding to give himself a break and to pick himself up emotionally and psychologically.

He made a switch to veteran trainer Abel Sanchez, who currently trains unbeaten WBA middleweight titleholder Gennady Golovkin. Ramos left the comforts of his hometown and traveled to Big Bear, Calif., where he has been in training camp for the last three months.

It was the best decision he could’ve made.

“I just had to deal with personal issues and I was not going to go back in the ring when I didn’t have my head on straight,” Ramos told RingTV.com in a recent phone conversation. “I was supposed to fight Fidel (Maldonado) in June, but I had to take time to clear my head. Then that itch to fight started coming back and that focus and drive was there for me again.”

Ramos may have been his own worst enemy, even though he was unbeaten and tabbed as a solid prospect that could potentially become a contender.

During camp, family and friends often distracted Ramos, who trained in his hometown, and he was getting complacent when he trained, even to the point of being lazy.

After assessing his career, Ramos believed changes had to be made, personally and professionally.

“It got to a certain point where I needed something new,” said Ramos, who is managed by Frank Espinoza. “I was being lazy and I had to change that. Going to Big Bear to be in the same training camp with Golovkin and (prospect) Joel (Diaz, Jr.) these last couple of months was great. We all worked at the same time, ran at the same time. No one needed to remind anyone to run.

“Abel (Sanchez) is a cool guy and good coach. He treats everyone equally and he pushes you in the gym. Before I would just get by with skill, but having a guy like Abel is exactly what I needed because he drives you.”

Even before the loss to Williams, Ramos made the move to 140 pounds after beginning his career as a lightweight. He still believes that 140 pounds is where he belongs due to his growing body and because he feels stronger at that weight.

Although his goal is to still one day be a world titleholder, he is not overlooking Maldonado.

“It’s going to be a good tough fight. I know that his camp were saying things about me that I was scared and I didn’t want to fight him in June.

“It’s the same thing that happened to me when I fought (David) Rodela. I had to back out of a fight because I got jumped while running and they were saying things about me. When Rodela and I fought, I knocked him out. I think Maldonado is the perfect fight for me to make my return to the ring.”

Who knows what will be in store for Ramos. He could make a rebound from his loss to Williams and have a solid career. Or his career could go opposite of that.

Ramos believes a new chapter will begin tonight with a win over Maldonado. Although he is no longer unbeaten, the drive is there and he is eager to see where it takes him.

“I’ve been boxing for a long time and I never took that time off,” Ramos said. “I fought often in the last couple of years and sometimes you need that break. I needed to be alone. I’m just focused for my fight against Maldonado.”