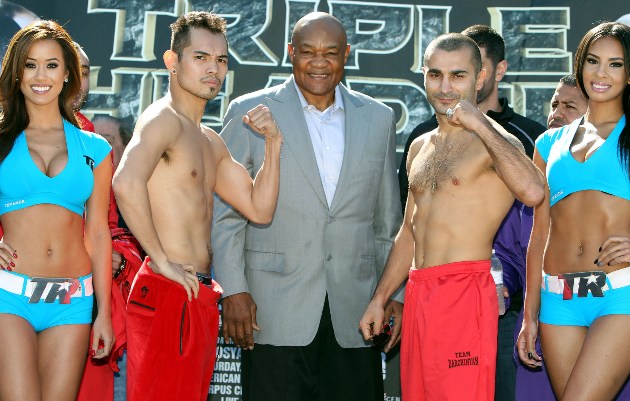 Junior middleweights Vanes Martirosyan and Demetrius Andrade each weighed 153.75 pounds in advance of their battle for the WBO’s vacant belt.

Also on the card, Jamaican featherweight contender Nicholas Walters and Mexican rival Alberto Garza tipped the scales at 125 and 125.5, respectively, while Oscar Valdez and Jesus Lule were each at 127.75.