Column: Head injuries are part of boxing but so is skill, defense 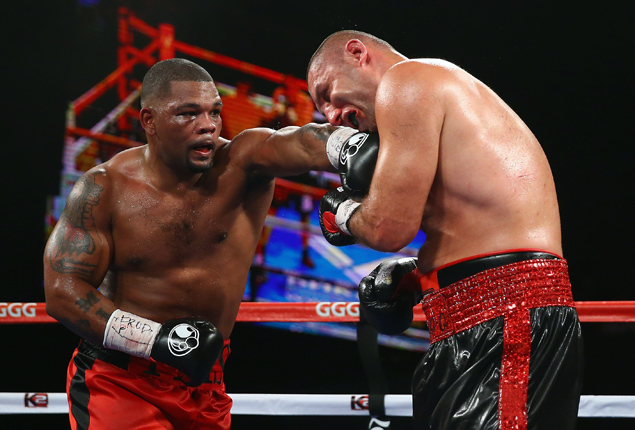 There was little reason to believe that the tragedy that eventually unfolded with heavyweight contender Magomed Abdusalamov was impending as you were sitting ringside for his match against Mike Perez at The Theater at Madison Square Garden last Saturday night. There never is.

I’ve been ringside for four matches that have resulted in the death of a boxer. Sometimes you get a sense that something is wrong, that one man is really in mortal danger. That was the feeling on the night that Beethhaeven Scottland fought George Khalid Jones on the deck of the Intrepid on the Hudson River in Manhattan in 2001.

That was not the feeling I got when I saw Fernando Montiel beat Pedro Alcazar in Las Vegas in 2002. Alcazar lost on a sixth-round TKO and left the ring looking fine only to collapse in the shower of his hotel room the next day. He died two days after the fight from bleeding on the brain. 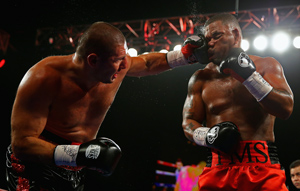 Yes, Abdusalamov was taking a pounding from Perez. But Perez was absorbing a pretty good beating from Abdusalamov as well. Referee Benji Esteves is a competent official. He’s not noted as a “brave” referee who will allow a boxer to take an unnecessary beating. The inspectors and the ring doctors made visits to each corner during the match. There was no sense of concern from Abdusalamov’s corner, other than the fact that they thought he may have been losing the fight, which he eventually did on the judges’ scorecards.

Even when they took him to Roosevelt Hospital to treat his injured left hand and nose, they were not concerned with anything as severe as the bleeding in his brain. He did complain of a headache, which is a good thing. Otherwise they may not have discovered the blood clot that was forming and the resulting brain swelling, which had to be reduced by placing him in a medically induced coma and removing a part of his skull to relieve the pressure.

Everyone always looks for someone to blame when a boxer suffers a catastrophic injury in the ring. Typically the finger gets pointed at the corner, which should have recognized signs that their boxer was in trouble. Ultimately it comes down to the referee and the ringside physicians who are charged with keeping a vigilant eye to make sure that a boxer isn’t taking an undue amount of punishment. They are the last line of defense to make sure a boxer and his corner aren’t too brave for their own good.

The one time I witnessed failure on the part of both the corner and the ring officials was with Scottland, who was taking a beating so severe that ringside observers were screaming for the referee to stop the fight or have the corner call a halt to it. He had no chance of winning, even on points. Those calls from the stands went unheeded and Scottland paid the ultimate price for his participation in a prize fight.

In all the cases that I’ve seen where a ring tragedy occurred the boxers were tremendously courageous. It is a requirement of the sport. Boxing and auto racing are the two sports where the participants realize that they could be killed when they enter the field of competition. Even if everything goes off without a hitch, boxers realize that they won’t be the same leaving the ring as they were entering it.

What was striking about the fight between Perez and Abdusalamov was the lack of defense by both the boxers. They rarely slipped punches and they were taking punches flush to the face. But it was pleasing to the crowd. For the most part boxing fans now eschews the art of boxing – hit and not get hit. They call those who practice it boring. 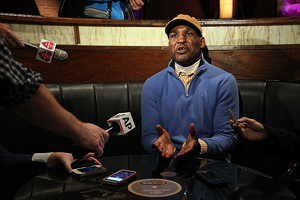 Before his match against Karo Murat two weeks ago, Bernard Hopkins took those fans to task for their blood lust. And then Hopkins went out and tried to entertain that same crowd by standing in the pocket and trading with Murat. Floyd Mayweather, Jr. has never really been embraced for his boxing skill and defensive wizardry by those fans who want to see him bloodied and staggered.

This in no way is meant to impugn Abdusalamov or Perez. But it is meant to take their trainers to task for not teaching them better defensive skills. And if they’re not going to teach them how to better defend themselves, they should have a quicker hook to rescue their guy is getting his face smashed and risking brain damage.

As Mayweather has been saying for years, there’s nothing cool about taking punishment and not being able to count your money years after you’ve left the ring. That thought sprung into my head when I first heard what happened to Abdusalamov. Then I felt sad and sick when I heard that he had a wife and three daughters.

I hope Abdusalamov makes a full recovery from his injuries. I hope trainers begin doing a better job of teaching defense. And I hope fans can grow to appreciate the artistry of that defense so that boxers don’t feel like they have to put themselves in harm’s way to be more entertaining.