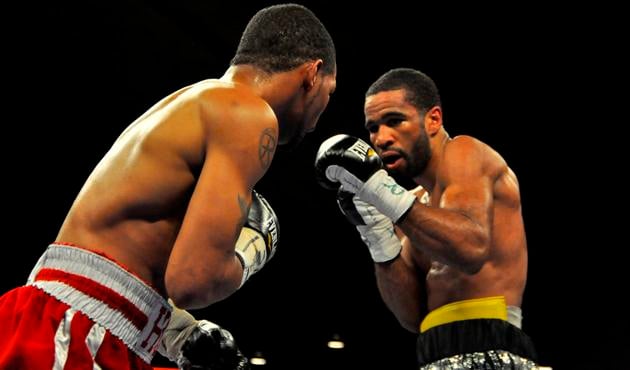 “I am currently looking at putting it, potentially, in New York, from the Barclays Center, or from Washington, D.C.,” said Schaefer, who confirmed that Golden Boy’s bid of $156,00 trumped that of $111, 121 by Eye of The Tiger Promotions. “One of the dates that I’m working with is Jan. 30, but I’m looking for some opportunities in early February for Washington, D.C., as well.”

As the beltholder, Peterson will pocket at least $117,000, or 75 percent of Golden Boy’s bid compared to $39,000 for Jean, or, 25 percent. Placing Peterson-Jean at Barclays Center in Brooklyn would follow Golden Boy’s run of high-profile cards at the venue.

On Dec. 7, for example, Brooklyn-born former junior welterweight and welterweight titleholders Paulie Malignaggi and Zab Judah will headline a show at Barclays supported by IBF 147-pound beltolder Devon Alexander defending against unbeaten prospect Shawn Porter, a junior middleweight contender clash between Erislandy Lara and Austin Trout, and WBC super middleweight beltholder Sakio Bika‘s first title defense against unbeaten propsect Anthony Dirrell.
In addition, Schaefer said interest in Peterson-Jean could be bolstered by its proximity to the NFL’s Super Bowl, to be held on Feb. 2 at MetLife Stadium in East Rutherford, N.J., which is less than an hour drive from Brooklyn. 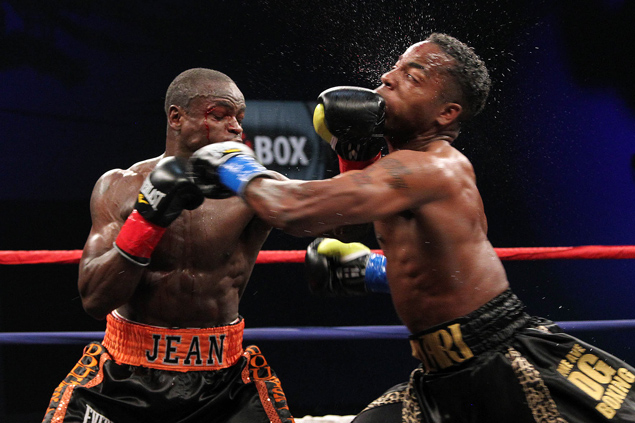 “The Barclays Center is one of our venue partners, and they have made a commitment to support boxing and they’re promoting boxing on a year-round basis,” said Schaefer. “We want to make sure that we’re going to continue to bring them great fights.”

Both Peterson and Jean were last in the ring in May, with Peterson (31-2-1, 16 knockouts), of Washington, D.C., being stopped in the third round of a non-title bout against Lucas Matthysse, and Jean (25-0, 17 KOs), of Quebec, Canada, scoring a fourth-round TKO over Cleotis Pendarvis.

Peterson is 4-1-1, with three knockout victories since falling by unanimous decision to current WBO 147-pound beltholder Tim Bradley as a junior welterweight in December of 2009.

“This is a world title fight, and Lamont Peterson obviously got knocked out in his last fight by Lucas Matthysse. He’s not the first one to have that done to him by Lucas Matthysse, so there’s no shame in that. Lamont Peterson is a very exciting fighter and he always comes to fight. His fights are always entertaining. The same can be said of Dierry Jean,” said Schaefer.

“So, this is a 140-pound world title fight in a very hot division, and I’m very happy that we won the purse bid because we’re heavily invested in the 140-pound weight class even though it appears that maybe some of the 140-pounders are starting to think about potentially moving up. But this is definitely a big fight for the East Coast, and a big fight in one of the hottest divisions.”