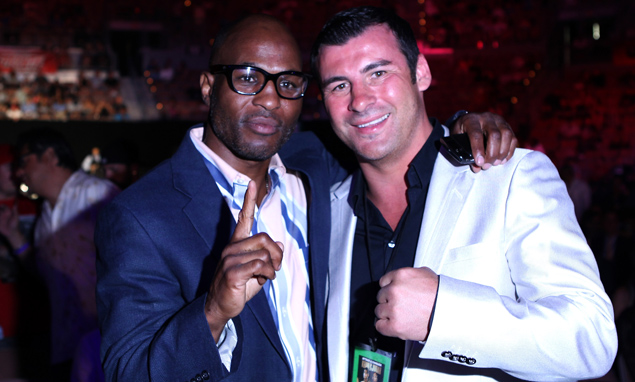 When Bernard Hopkins steps inside the ring with Karo Murat this Saturday, it will be the 31st world title fight (34th counting THE RING championship) of his extraordinary career. Only one man in history, Julio Cesar Chavez Sr., took part in more world title fights than Hopkins.

While many fighters are able to win a world title, keeping the belt is always the toughest part. RingTV.com contributor Anson Wainwright has looked at the fighters throughout history who have taken part in the most world title bouts, as well as those who have reigned the longest in each division and who has made the most continuous title defenses in a single weight class.

Hopkins, as most boxing fans would assume, rates highly in each category.

Fighters who have fought in the most world title bouts (counting the four main sanctioning organizations – WBA, WBC, IBF and WBO – with the total number of title bouts followed by title-bout records): 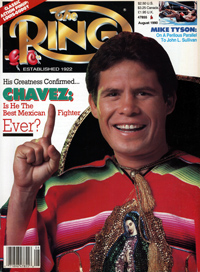 Bernard Hopkins, 30 (33 counting RING title defences), 22-4-2 (13), 2 No Contests – Like Frank Sinatra he did it his way. The “Immortal B-Hop” is pretty much untouchable at middleweight for 10 years when he cleaned out the 160-pound division. [Editor’s note: Hopkins won THE RING light heavyweight championship by outpointing Antonio Tarver. He defended the title with a unanimous decision over Winky Wright before losing it via split decision to Joe Calzaghe.]

Oscar De La Hoya, 30, 25-5 (17) — After winning gold at the 1992 Olympics, “The Golden Boy” turned pro at 130 pounds, where he won his first world title. He went on to be one of history’s most popular fighters as well as the sport’s first six-weight world champion.

Abe Attell, 28, 21-3-4 (12) – The former featherweight world champion ruled in the early 1900s, was heavily associated with the mob and was infamously involved in the 1919 world series betting scandal, leading many to question the authenticity of many of his fights; however at least 27 or 28 were billed as “world championship bouts” at the time. [Editor’s note: The Boxing Register, the official record book of the International Boxing Hall of Fame credits Attell with 14 successful title defences and notes that “his claim to the championship was disputed” at times during his 11-year reign.]

Joe Louis, 27, 26-1 (22) – “The Brown Bomber,” arguably the greatest heavyweight champion in history, holds the record for the most consecutive title defences, 25, and the longest uninterrupted title reign, 13 years and 3 months, in one weight class.

Dariusz Michalczewski, 27, 25-2 (20) – The hard-charging Pole was a two-weight world champion though almost all of his success was at 175 pounds. After going 48-0, with 38 knockouts, he lost to the late Julio Gonzalez when his rugged pressure-fighting style finally caught up with him. 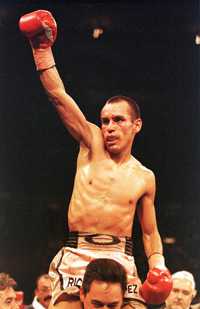 Ricardo Lopez, 26, 25-0-1 (19) – Half of the long-reigning WBC strawweight champion’s fights were world title fights. The masterful Mexican technician, who retired unbeaten in 52 bouts, even stepped up to junior flyweight late in his career to become a two-weight titleholder.

Omar Narvaez, 26, 24-1-1 (10) – The Argentine Olympian, who reigned longer than any flyweight in history, stepped up and vacated his 112-pound belt just one defense shy of Thai legend Pongsaklek Wonjongkam’s divisional record mark. He is currently the WBO 115-pound beltholder, so look for him to move higher on the list before he retires.

Pongsaklek Wongjongkam, 26, 22-2-2 (8) – One of the greatest flyweights in history, the Thai southpaw enjoyed one lengthy title reign before losing his belt and, as an aging underdog, proved his mettle by unseating much younger Koki Kameda to regain his old title.

Roy Jones, 25, 22-3 (15) – Many believe the four-weight former champion is one of the very best fighters ever. The dynamic boxer-puncher beat Hopkins, James Toney, Mike McCallum, and Antonio Tarver among others in championship bouts. [Editor’s note: Jones also took part in one interim “world title” fight.]

Muhammad Ali, 25, 22-3 (14) – The self proclaimed “Greatest” enjoyed two lengthy heavyweight title reigns that helped him post the numbers he needed to get on the list. Ali, arguably the best big man ever along with Louis, beat a Who’s Who of top contenders from the Golden Age of the heavyweight division.

Larry Holmes, 25, 20-5 (14) – Many unfairly believe Holmes merely bridged the heavyweight division between the popular reigns of Ali and Mike Tyson, but he was a highly competent and dominant champion in his own right who fought behind one of the best jabs ever.

Terry Norris, 25, 19-6 (14) – Supremely gifted Texan beat more than a dozen top-notch fighters of the 1990s during three title reigns at 154 pounds, only let down by his fierce in-the-ring temper and his chin.

Henry Armstrong, 25, 22-3 (17) – The popular and relentless slugger did what was almost unthinkable at the time, winning titles at featherweight, lightweight and welterweight in the days when there were only eight weight classes. One of his championship bouts was a draw with the reigning middleweight champ of his day. 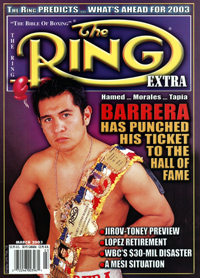 Marco Antonio Barrera, 25 (28 counting RING title bouts), 21-4 (12) – The terrifically talented Mexican, who could box and bang, won world titles at junior featherweight, featherweight and junior lightweight. [Editor’s note: Barrera arguably competed in 30 “world title” bouts during his career. His 2001 fight with Naseem Hamed, who had defeated all of the featherweights who held major belts going into their bout, was viewed by many fans and boxing media as being for “universal recognition as 126-pound champ.” Barrera won the fight and defended that universally recognized title with a sixth-round stoppage of Enrique Sanchez. Barrera won THE RING’s featherweight title when he beat WBC beltholder Erik Morales in their 2002 rematch. He defended it twice – against Johnny Tapia and Kevin Kelley – before losing it to Manny Pacquiao in 2003.]

Wladimir Klitschko, 24, 22-2 (17) – The respected if not lauded current heavyweight champion has aspirations of moving higher on this list.ÒÇÇ

Azumah Nelson, 24, 18-4-2 (12)– “The Professor” lost his first title fight (against the legendary Salvador Sanchez) but rebounded to become a two-weight champion and one of the greatest fighters ever from Africa.

Hilario Zapata, 24, 18-5-1 (4) – The smooth boxing southpaw had just eight of 24 championship fights at home in Panama, fighting regularly on the road. He twice held the WBC 108-pound belt before moving up to claim the WBA flyweight title.

Most successful consecutive title defences (top three in each division): 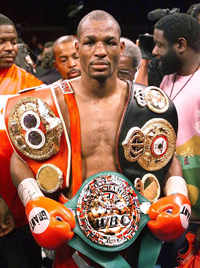 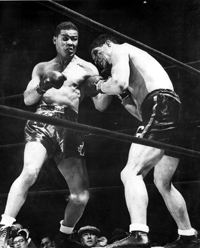