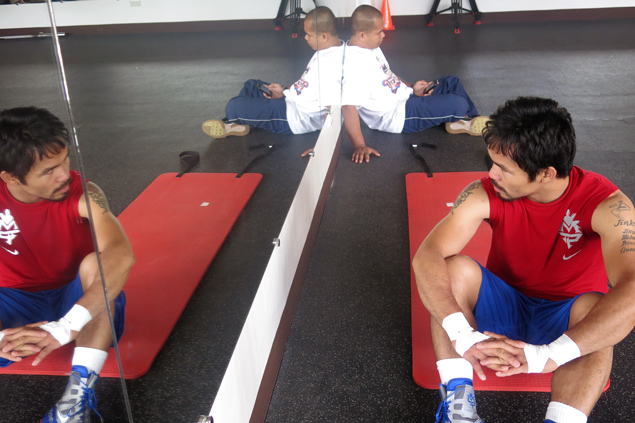 Manny Pacquiao lost his WBO welterweight title to Tim Bradley via controversial split decision last June, and was then knocked out cold by Juan Manuel Marquez in the sixth round of their fourth fight last December.

But the eight-division titlewinner said during a Thursday conference call that he has not watched Bradley’s split-decision over Marquez on Oct. 12, a triumph that came against a man who is 1-2-1 against Pacquiao.

“I did not watch the fight with Marquez and Bradley,” said Pacquiao from the Philippines, where he is preparing for a 147-pound clash against Brandon Rios in Macau on Nov. 23 (Nov. 24 in China). “But I was happy. I had already predicted that Bradley would win the fight, so I’m not surprised at what happened in that fight.”

Pacquiao said that he has, however, reviewed his brutal loss to Marquez, and that he has moved on from it.